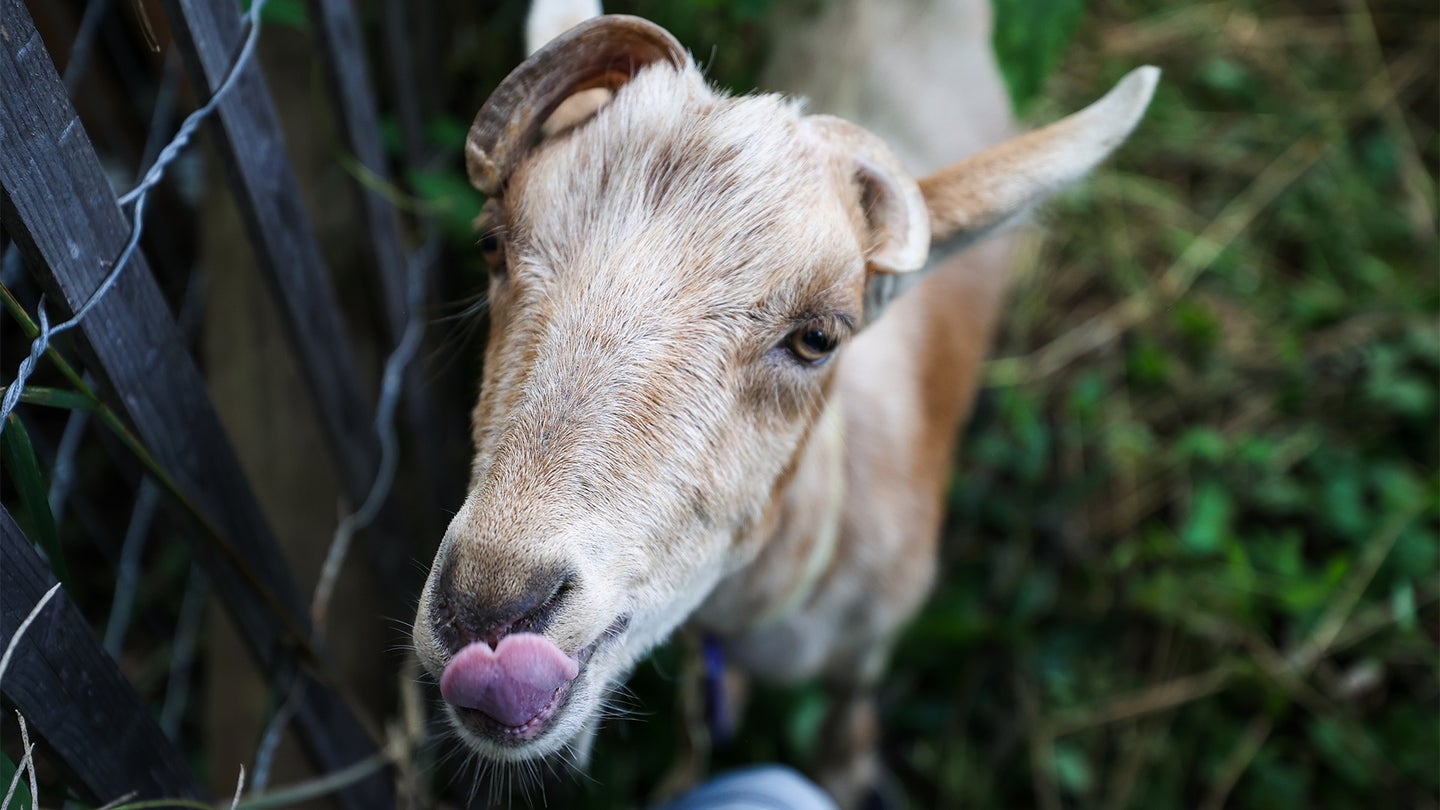 To paraphrase Mark Antony, “Cry havoc, and let slip the goats of war.” Or something like that, because this latest dispatch from the war in Ukraine is about a goat supposedly taking out a platoon of Russian soldiers.

The goat in question, at least according to The Telegraph, wandered into a group of Russian soldiers rigging some grenades around a hospital. The goat, carrying on with its goat business, then supposedly prematurely set off the boobytrap. It presumably walked away unscathed, leaving 40 wounded Russian troops in its wake.

Or, according to the Ukrainian Intelligence Directorate, the goat’s “chaotic” movements “disposed of several grenades.”

The goat – dubbed the “Goat of Kyiv” – seems almost too good to be true, and given the chaotic nature of the information war being waged by both Ukraine and Russia, it very may well be. A goat on the front lines of a war that is becoming a brutal artillery stalemate just goes and disposes of 40 Russian soldiers who can’t get out of their own way? Sure, that sounds plausible.

Michael Butler, a professor of political science at Clark University, wrote in The Conversation that Ukraine’s information warfare strategy has been framed around five themes: “the inherently just cause of Ukrainian self-defense; the tenacity of Ukrainian resistance; the barbarity of Russian conduct; Russia’s flawed military strategy and general ineptitude; and Ukraine’s desperate need for more, and more sophisticated, military hardware.”

A platoon of Russian soldiers taken out by a presumably cute goat hits many of those themes. Like the video of Russian troops stuck in an elevator, the invading force is framed as being incompetent and helpless. Like the “Ghost of Kyiv” fighter pilot shooting down Russian jets, the hero is unnamed and unaccounted for. A woman defiantly asking Russian soldiers “what the fuck are you doing here?” shows the tenacity of the Ukrainian population. If even the goats are resisting, send more HIMARS multiple launch rocket systems.

The goat also isn’t the first instance of the seemingly strange dichotomy between cute animals and war.

There has been the “Panther of Kharkiv,” a cat that was supposedly spotting the laser scopes of Russian snipers. There’s Patron, the Jack Russell terrier who sniffs out Russian bombs and is, generally, a very good dog.

There are also the “fellas,” a riff on the doge meme used to troll Russian social media accounts. A Shiba Inu presiding over the destruction of the Russian military on Twitter? Why not. The fellas are even on mortar rounds now.

Goats themselves have somewhat of a military tradition, although they are normally kept in the rear instead of on the front lines. Goats are hearty animals and can stand pretty much anywhere, which has always made them the natural choice for keeping on ships. Hence, the U.S. Naval Academy’s choice of the goat as its mascot. Goats will also eat anything and everything, making them a friend of sergeants major around the world. Soldiers will complain about cutting grass, but a herd of 600 goats will take care of every weed in sight on an Air Force base without even “bahing” for a smoke break.

So while the “Goat of Kyiv” may or may not exist, it’s still helping make the case for the goat as the GOAT of military animals — no offense to the working dog community.