Is Hollywood, the land of glitz and glamor, really the bastion of free thought and tolerance that American liberals claim... 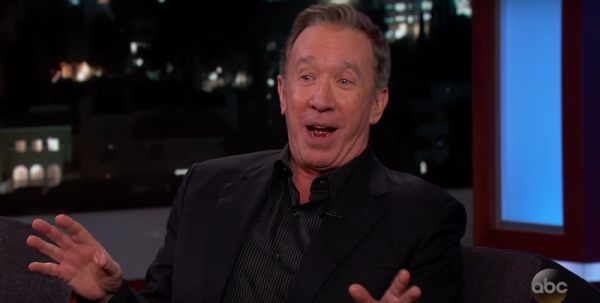 Is Hollywood, the land of glitz and glamor, really the bastion of free thought and tolerance that American liberals claim it is? Not so much, according to beloved “Home Improvement” star and one-time failed cocaine trafficker Tim Allen: While the age of McCarthyism saw suspected communists blacklisted from acting gigs, it’s conservatives now facing extra scrutiny in the age of Trump.

That’s what Tim Allen told comedian Jimmy Kimmel during an appearance on the latter’s titular late-night show last week. “You gotta be real careful around here,” Allen said of conservative actors and artists. “You get beat up if you don’t believe what everybody else believes. This is like ’30s Germany.”

According to the Washington Post, Allen — a proud conservative and outspoken critic of political correctness on his current sitcom “Last Man Standing” — isn’t the only actor keeping his political views to himself (but not really) out of fear of professional exile:

Another 2,500 of his colleagues feel so stigmatized that they have joined a clandestine support group, according to a Los Angeles Times article profiling retribution and secrecy forced upon “the vast majority of conservatives who work in entertainment.”

“In 30 years of show business, I’ve never seen it like this,” an unnamed actor told the outlet. “If you are even lukewarm to Republicans, you are excommunicated from the church of tolerance.”

While political rants like Meryl Streep’s recently Oscar speech are a proud tradition among Hollywood A-listers, vocal conservatives don’t receive the same praise and accolades when they take a stand for their closely-held ideals, according to Allen.

“What I find odd in Hollywood is that they didn’t like Trump because he was a bully,” Allen told Fox News shortly after Election Day in November. “But if you had any kind of inkling that you were for Trump, you got bullied for doing that. And it gets a little bit hypocritical to me.”

Watch the whole conversation below: