What not to say to a service member on Veterans Day 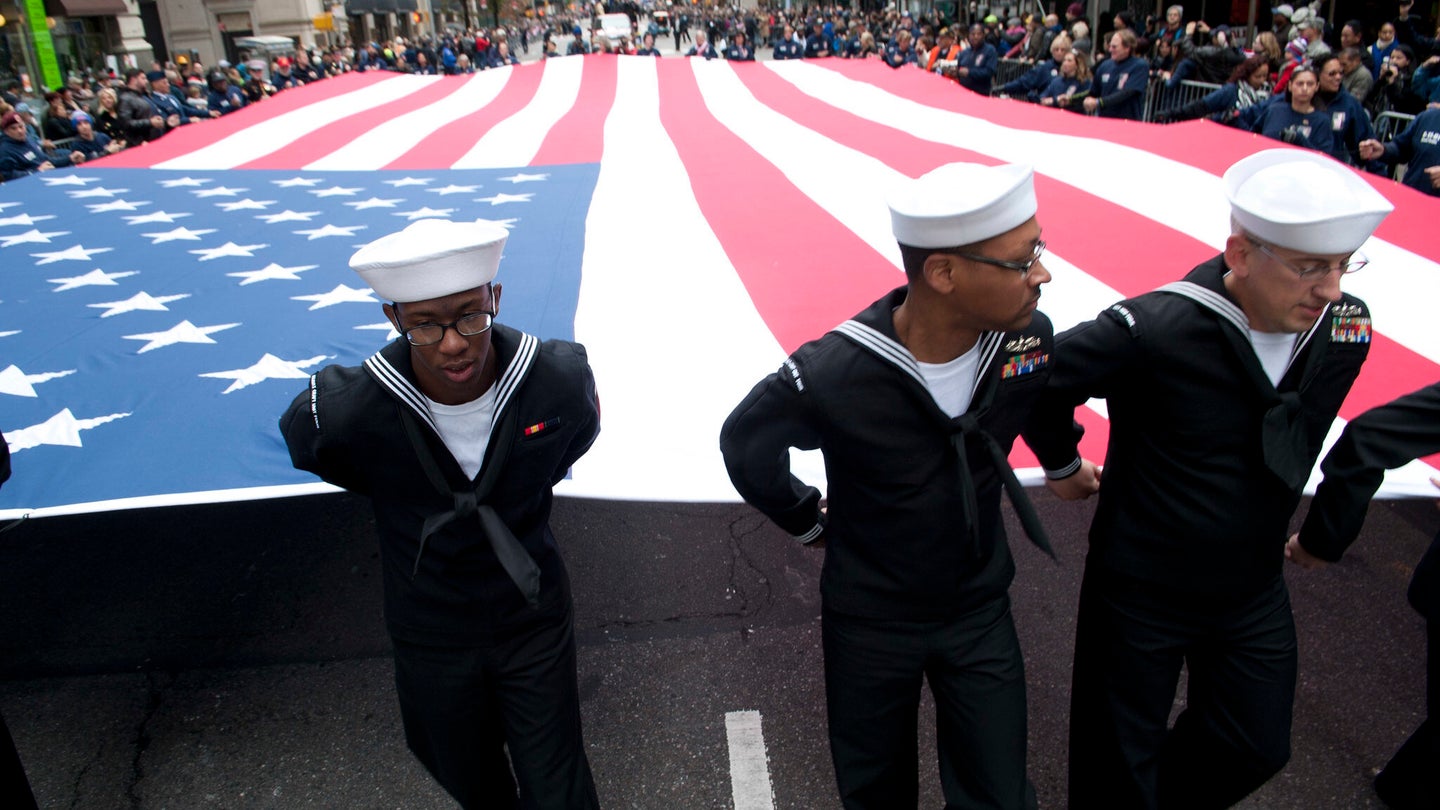 Early November is a magical time of year. The Halloween decorations are finally starting to be put away and cardboard cutouts of turkeys in Pilgrim hats are taking their place. People begin to stop enjoying the number of unseasonably warm days and start worrying about how hard winter’s going to hit when it finally does. News networks start endlessly airing stories about the horrors of Black Friday even though nobody actually buys stuff in physical stores anymore because it’s 2015. Folks in places like California and Florida experience no changes in weather or lifestyle whatsoever, but to hell with them.

It also marks the time of a very special holiday, one that typically involves a great deal of drinking, loud hooting, and fistfights. But one day after the Marine Corps birthday comes Veterans Day, an important and much more dignified day of remembrance. All across America, parades and ceremonies are held to honor those who have served in the armed forces. It puts veterans and the military as a whole in the limelight and gives people, particularly those who may not interact with our kind as regularly as others, the opportunity to express their gratitude. It also gives them a chance to say or ask stuff that just annoys the hell out of us. Here are some winners:

“I was going to/could have joined the military, but…”

“Did you know there’s a parade? You should go to the parade.”

“You know, Veterans Day used to be Armistice Day, celebrating when all the guns of World War I went silent at 11am on November 11th, 1918. I think that’s way more meaningful to celebrate than Veterans Day.”

Good for you, you can paraphrase Kurt Vonnegut. He’s one of my absolute favorite authors. But since he’s (unfortunately) dead, I’ll have to ask you this question: why? What makes that war more special than the Second World War, or the soldiers who suffered through it more worthy of a day honoring them than those who lived through Vietnam or Iraq? What’s so wrong with honoring all veterans together? The World War I vets certainly didn’t complain when Armistice Day became Veterans Day in 1954. So why does it bug you now? Obviously you’re entitled to your opinion, just as I’m entitled to finding it annoying. And I definitely don’t want to hear about it on Veterans Day.

Also, a little factoid about the Armistice: it was actually agreed to before dawn on the 11th, with all signatures on the paper by 5:20 am. The leaders of the nations and militaries just thought it would be cool to have it take effect at 11 am. And even though soldiers on both sides knew about it, they kept killing each other all that morning. Allied troops tried to fire as much artillery at the Germans as they could so they wouldn’t have to bring it home. American soldier Henry Gunther charged a pair of German machine guns with his bayonet despite being ordered not to by his squad leader. The Germans, who also knew peace was at hand, even fired several warning shots to try and get him to stop before shooting him dead at 10:59 am. He was the last of the 2,738 men who died the morning of Nov. 11, 1918.

The armistice that ended World War I is definitely worth remembering and honoring, but it was not a miraculous moment of spontaneous humanity. So if you’re saying this just to prove that you like to read books and then say things from them to annoy people, knock it off. If you’re saying this to propose that every single war should get a separate federal holiday celebrating its end then yeah, let’s do that. I’ll gladly toast to a happy Whiskey Rebellion Day with you next October.

“Did you ever kill anyone?”

Come on folks, I’ve gone over this before. It goes double on Veterans Day. Quadruple. And even larger multiples.

“What do you think about the current developments in blah blah blah place blah blah military action blah blah I heard the phrase ‘boots on the ground’ on CNN so I’m using it now.”

I’m sorry, were you saying something? Oh, you were? That’s good, for a second I was worried that I was mentally blocking out the sound of your voice for no reason. Save it for your politicized social media posts that nobody reads.

“Seeing all this makes me feel like I should join the military. Do you think I should?”

Granted, most Task & Purpose readers tend to have enough experience with service members and veterans to know better than to say any of these groan-worthy things. But if you suspect you may come face to face with a first-time vet-meeter, consider printing out this handy primer to keep them from making a major faux pas. If such an individual follows up by asking what they should actually say to a veteran on Veterans Day, just tell them their best bet is a quick, simple “thank you.” And maybe tell us more about those sandcastles.