Someone made a knife hand ax and it actually works 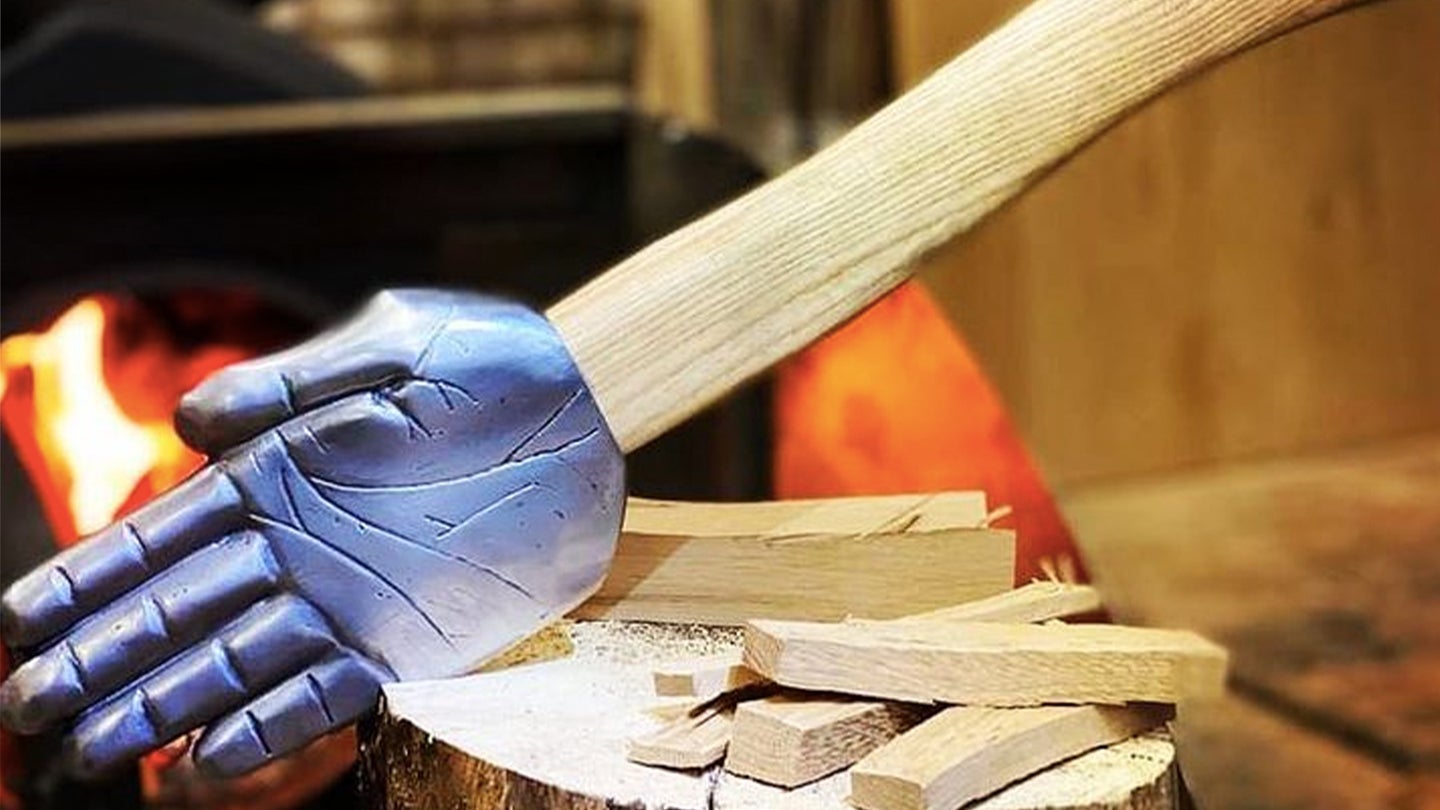 Everyone who’s served in the U.S. military is aware of the knife hand, the flat-palmed gesture of dominance that countless drill instructors, officers and other people with authority use to make a point, often accompanied by the word “lethality.”

But what if your knife hand could actually chop things apart? Yes yes, we all know of former Defense Secretary and retired Marine Gen. Jim Mattis’ knife hand and its kill/casualty radius, which he once described as “hundreds of miles.” But not everyone is Mattis, so what are the rest of us mortals to do? Like Prometheus giving fire to humans, YouTube metalworker The Metalist shows us the way by making his own sharpened knife hand-shaped ax, which we first spotted on the Air Force subreddit on Wednesday.

I’m no expert when it comes to building axes, but it looks like The Metalist traces his right hand on a slab of iron, cuts it out, then begins the slow painstaking process of texturing it with knuckles, wrinkles, fingernails and palm lines. He also hones the pinky finger side of the knife hand to an edge and crafts a handle out of a chunk of wood. It’s a fascinating process to watch for a soft-handed keyboard pounder like me who’s never seen a chunk of metal be crafted with such artful expression.

Plus, there’s a great pay-off at the end, which is watching The Metalist chop pieces of wood into smaller chunks using his newly-forged axe hand.

For an added bonus, The Metalist also has a Hammer Fist — as in, that awkward Marine Corps Martial Arts Program move where you swing your fist down, or to the side, and strike your target with the bottom part of your clenched hand. Unlike the MCMAP move, this Hammer Fist, called the Iron Fist by The Metalist, is actually something to be wary of, and it looks cool, too.

As for the knife-hand axe, there does not appear to be a way for viewers to request custom axes of their own, but if any of you know smiths out there, this could be worth sharing.

And if you happen to be a metal worker, or a fan of the hobby and have either created some cool pieces, or seen something awesome you think we should know about, please drop it in the comments below.