This Limited-Edition Blade Is The Ferrari of Folding Knives

The first thing you notice when you pick up the Chris Reeve Sebenza 21 Tanto Carbon Fiber Edition is how... 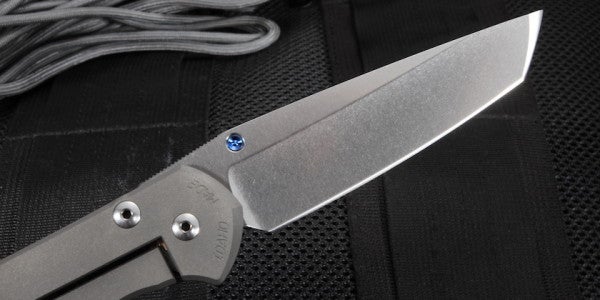 The first thing you notice when you pick up the Chris Reeve Sebenza 21 Tanto Carbon Fiber Edition is how light it is. At 3.7 ounces, the bigger model (there’s a large and a small) is nearly a full ounce lighter than the iPhone 6 — and just as expensive. The price tag: $455.

Is it worth it? Ask anyone who is familiar with Idaho-based knife manufacturer Chris Reeve Knives, and they’ll probably say, yes, it absolutely is.

Reeve’s storied career, regarded by some as one of the most influential in the history of knife making, began while he was serving in Namibia with the South African army in the 1970s. It was there Reeve pioneered the concept of the one-piece knife with a hollow handle, and survival knives have never been the same since.

The Sebenza 21 Tanto Carbon Fiber Edition — an upgrade on a knife that hardly needed an upgrade — is certainly no exception. Light as it is, the scaled handle, a combination of aerospace-grade blasted titanium and black carbon fiber, is supremely sturdy in the hand.

Of course, the real magic is inside. The 3.6-inch tanto blade, which can be opened with a flick of the thumb, is razor sharp and feels almost as rigid as a dagger. In keeping with the Reeve tradition, the Sebenza 21 functions as both tool and weapon.

I’ll make one more comparison to the iPhone 6: The Sebenza 21 is almost as thin. It’s just a hair thicker. You hardly feel it in your pocket — which, if you do decide to throw down $455 for one of these bad boys, should have plenty of room to spare.