For a company that's known primarily for firearms, Smith & Wesson has been producing quality knives for decades 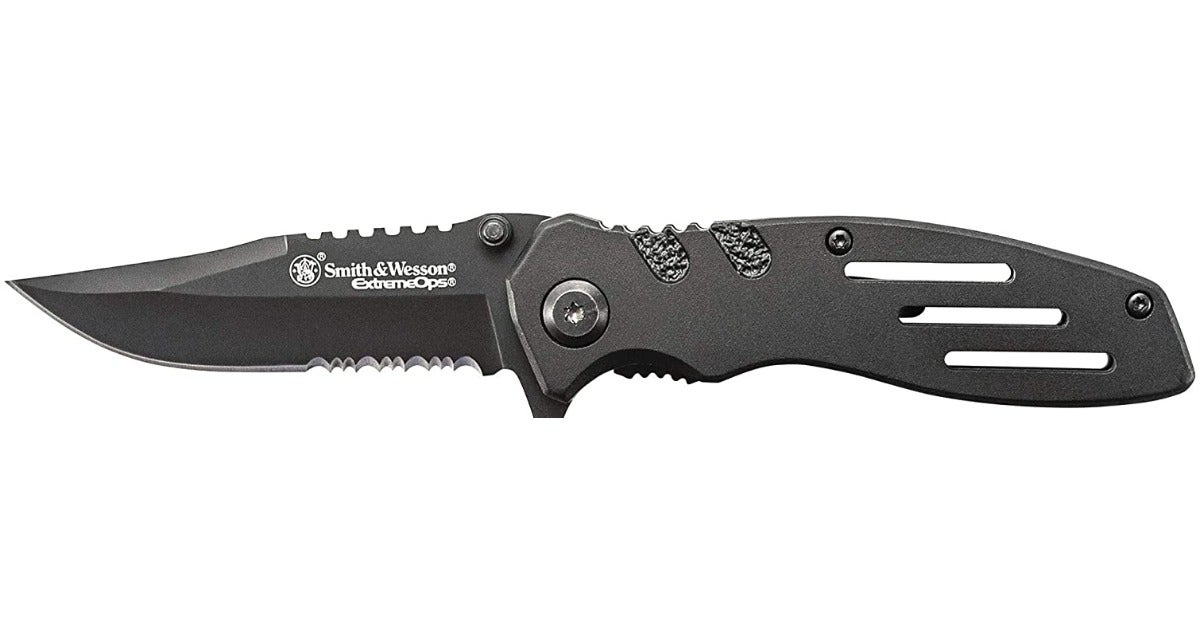 For a company that’s known primarily for firearms, Smith & Wesson has been producing quality knives for decades. Look no further than the classic S&W 6010 Bowie knife that the company released in the early 1970s, a variation on the same classic Bowie design that would influence the development of the Ka-Bar knife during World War II. Sleek and refined, nothing screams ‘this is a knife’ like an S&W knife.

Well, not every S&W knife: As big and bad as the fixed-blade Bowie knife might be, sometimes you want something a bit more functional (and, uh, smaller) for your everyday carry. Enter S&W’s Extreme Ops line of folding knives — and, among them, the Liner Lock Folding Knife:

The Liner Lock Folding Knife is forged from black high carbon stainless steel with a partially serrated clip point blade, according to the company. At 7.1 inches long overall and with two ambidextrous thumb knobs, the blade’s black aluminum handle comes with jimping and a pocket clip for easy carrying. Plus, it weighs just 3.5 ounces — barely anything.

As far as pocket knives go, the Liner Lock Folding Knife is a fine choice. Even better: It’s currently 25 percent off an Amazon. Pick one up now — you never know when a solid knife might come in handy.