MacGyver would be proud. 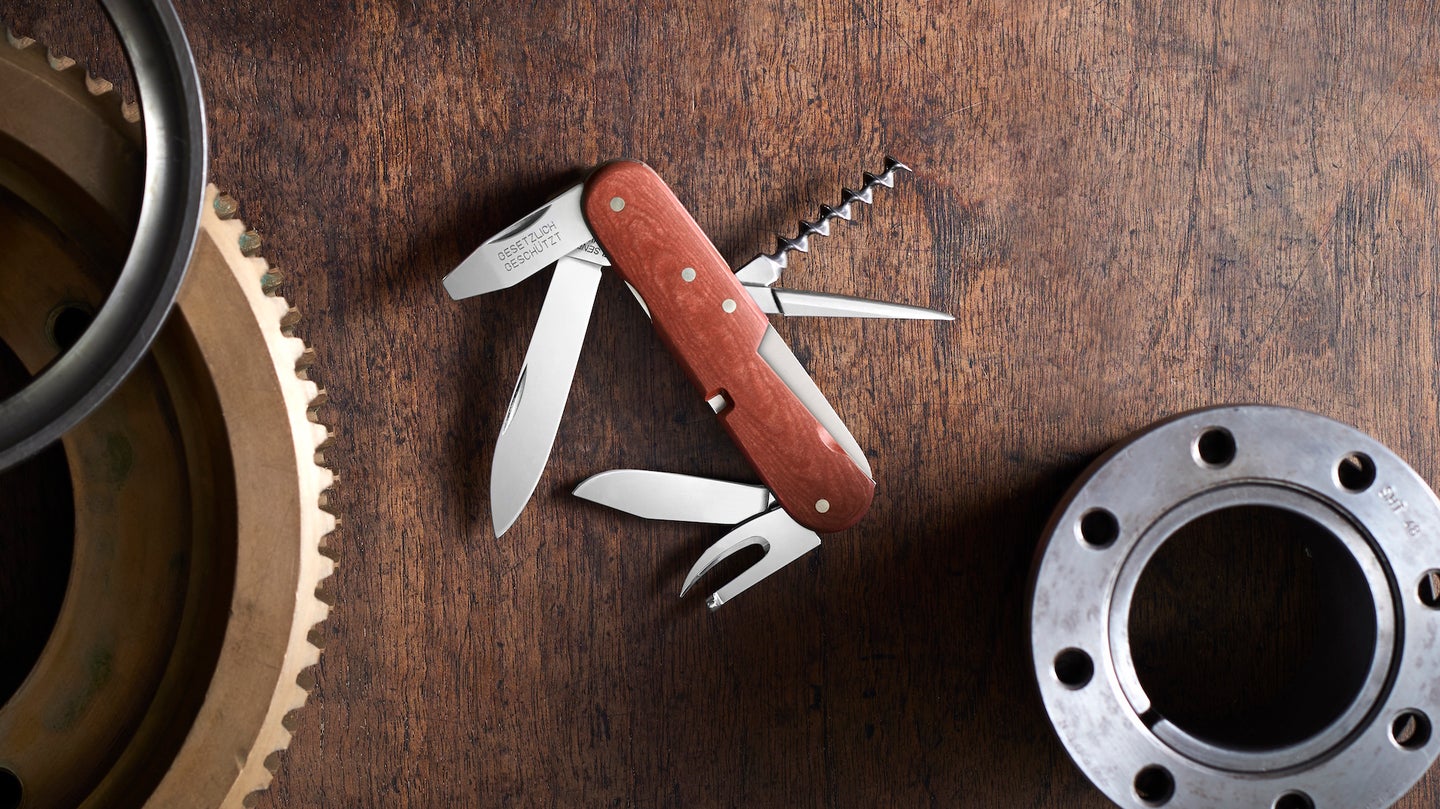 When Victorinox introduced the original Swiss Army Knife in 1897 — named as such for American troops’ difficulty pronouncing the tool’s original name of Offiziersmesser, or “Officer’s Knife” —  the company embarked on a journey to create an entire brand based on possibly the most famous military knife of all time. Now, after 125 years, Victorinox’s newest Swiss Army Knife is a return to form for the iconic “little red knife.”

The Victorinox Swiss Army Knife was by no means the first multi-use knife: as descriptions of similar tools go as far back as Herman Melville’s 1851 classic “Moby Dick,” in which he describes “…a common pocket knife; but containing, not only blades of various sizes, but also screw-drivers, cork-screws, tweezers, awls, pens, rulers, nail-filers and countersinkers.” The fact that “Swiss Army Knife” has become shorthand for describing someone or something as versatile and capable shows that this knife is more than just a great tool — it’s a cultural icon.

“The little red knife has become a Swiss icon, a symbol of Swiss quality and reliability” said Victorinox CEO Carl Elsener, emphasizing the pride that the company has placed in the company’s return to its original knife design. To writ, the new Victorinox ‘Replica 1897’ was designed with a focus on recreating that original knife in every way possible, but with the precision that modern materials and production methods offer.

So how does the Replica 1897 differ from, say, the more ubiquitous plastic-handled versions like those popularized by Angus MacGyver in the classic 1980s TV show? For starters, the original Swiss Army Knife was a knife of its time, made with brass liners, nickel silver, brass, or carbon steel screws, and featured carbon steel blades and tools. One striking feature, however, was the red-tinged wood used for the handles, which is markedly different from the red plastic or aluminum handles seen more commonly on modern Swiss Army Knives.

The Replica 1897 update carries the same DNA as the original, but with some minor alterations. The most notable change is to the blade steel, which is comprised of Victorinox’s proprietary martensitic steel. Other changes include the use of aluminum liners instead of brass, and settling on nickel silver for the screws that hold the knife together. Thankfully, the wood is still intact, and just as aesthetically pleasing and liable to pick up a patina as before.

“It was important that we replicate all the parts that you see from the outside in exactly the same way,” Victorinox Category Swiss Army Knife chief Patricia Lengen said.

This design sentiment apparent in the shapes of some of the Replica 1897’s tools as well, with distinctly vintage corkscrew attachment and a marlin spike-shaped awl that will no doubt come in handy for loosening up even the most difficult knots.

Design aside, my first impression of this reissue knife is that it’s very much a vintage-inspired update, but not a true reissue. Indeed, while the Replica 1987 keeps a lot of the important characteristics — like the wooden handle that gave the original its distinctive flavor — it doesn’t replace the items on the original that affect the tool’s overall performance. I personally like the retro can opener of the replica (which is a touch that you don’t usually see these days), but a corkscrew that’s literally shaped like a screw, while simpler to produce with the technology of that time, has a tendency to break corks when opening a bottle of wine. These touches don’t make sense practically, and they’re specifically designed to evoke the aesthetic of the original.

This lack of practicality clashes with the choices made to update some of the materials. While I can understand that Victorinox has perfected their particular blend of stainless steel, and aluminum liners will not deform in the same way that brass ones would (and are cheaper and lighter), the Replica 1897 comes across like a knife that’s somewhat caught between two design choices. I wouldn’t have been opposed to a brass liner knife with carbon steel tools, especially if they took advantage of newer carbon steel technology that improves things like edge retention and durability. Brass and carbon steel would also patina in the same way as the wood handles, and therefore would further replicate the original.

Overall, the Replica 1897 looks very promising, and at the earliest possible occasion, I hope to test it out hands-on to see if the differently-shaped tools actually make a difference in functionality. I’ve been a lifelong user of Swiss Army Knives, and I used to work at an authorized Victorinox dealer, so I’ve seen their various limited editions come and go —  and this is one of the first ones that really made me say, “I want that ASAP.”