Are We Ready For The Decline Of Veteran And Military Nonprofits?

When you work in the veterans community, you get used to uncertainty. You don't know how many veterans commit suicide... 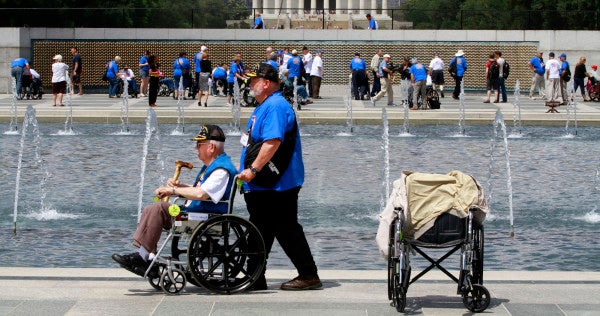 When you work in the veterans community, you get used to uncertainty. You don't know how many veterans commit suicide every day. You don't know which veterans and military family programs are the most effective. And you are never sure if the United States really needs 40,000-plus veterans nonprofits. The lack of clear, consistent data is a recurring theme.

In one small way, that is now changing. Last week, the Center for a New American Security released “Charting the Sea of Goodwill,” which attempts to provide data-driven insights into the state of veteran and military philanthropy in the U.S. The report’s authors — Phillip Carter and Katherine Kidder — mined data from the IRS and other authoritative sources to provide a fuller picture of the nation’s veteran and military nonprofits.

Here are five key takeaways from the report, which provide enlightening answers while also leaving unanswered a host of questions.

Everything starts with the veterans service organizations.

There are 42,035 nonprofits operating with a primary focus on the military and veteran communities. These are organizations labeled by the National Taxonomy of Exempt Entities as W30 organizations, meaning that their primary purpose is to serve the veteran and military communities. While that may seem like an overwhelming number of independent organizations, the number arrives with two huge caveats. First, more than 33,000 — over 80% of all W30 nonprofits — are the offices, posts and chapters of traditional veteran service organizations like Veterans of Foreign Wars and the American Legion. Second, the number is trending downward. The total number of veteran nonprofits peaked in 2011 and has been slowly and continually declining over the last four years.

Not all veteran and military nonprofits are created equal.

Additionally, there is an uneven distribution both of organizations and assets nationally, with both weighted more heavily toward communities where higher percentages of older veterans live, though that trend may shift as the “market” responds to the continuing demand from post-9/11 veterans.

Most veteran nonprofits are focused on local communities and causes.

Private giving appears to be declining.

If measured only in terms of media coverage and Veterans Affairs funding, there has been an apparent groundswell of support for veterans' causes in the last decade. But that groundswell apparently never translated into philanthropy. Overall funding for veteran nonprofits has remained relatively flat, rising only from $8.3 billion to $8.9 billion since 2001 to keep up with inflation. At the same time, federal government funding for veteran nonprofit causes — through VA grants and other vehicles — may now account for as much as 25% of all veteran nonprofit funding. What this increased reliance on government dollars points to is a decline in traditional giving and fundraising for nonprofits; notably the assets of non-veteran nonprofits have grown rapidly during same time period. So while demand for services has been spiking, funding outside of the VA does not appear to be keeping up.

The big caveat to all of this data is that it only captures organizations that are primarily focused on serving veterans. That leaves a giant gaping hole in our knowledge regarding programs from organizations like the YMCA, Goodwill, and the nation’s religious institutions, which have a significant impact on veterans and military families but are not classified as W30 because their primary focus is elsewhere.

And even for all of the data the authors could find, they note that the biggest problem is that there is little way for them to measure impact in a consistent manner, which is probably the biggest question facing the veteran community and its advocates in the next two to three years. When money begins to dry up, the remaining donors are more likely to demand deeper metrics as they allocate their monies.

The otherwise short report is heavy on data and charts, but what it makes clear is that we should expect to see sustained high demand for services over the next 10 to 20 years, without the guarantee of sustained funding levels meet the demand. This will likely lead to continued consolidation as VSO chapters close in some low-demand communities and as other under-performing veteran nonprofits fail to make a case for continued support to individual and institutional donors.

Carter and Kidder recommend that veteran nonprofits and their supporters seek to diversify fundraising across new channels, including pursuing social investment vehicles and looking beyond the federal government to develop stronger support relationships with state and local government agencies.

The waters of the Sea of Goodwill may seem calm right now, but the CNAS report is one reminder that neither philanthropic nor government support for veterans can be taken for granted, and that organizations seeking to achieve stability must diversify their funding and be prepared to show measurable impact to their donors and the public.