Inflation is crushing already struggling US troops and their families

Groceries are more expensive and gas prices are sky high. The junior enlisted could use a pay raise right about now. 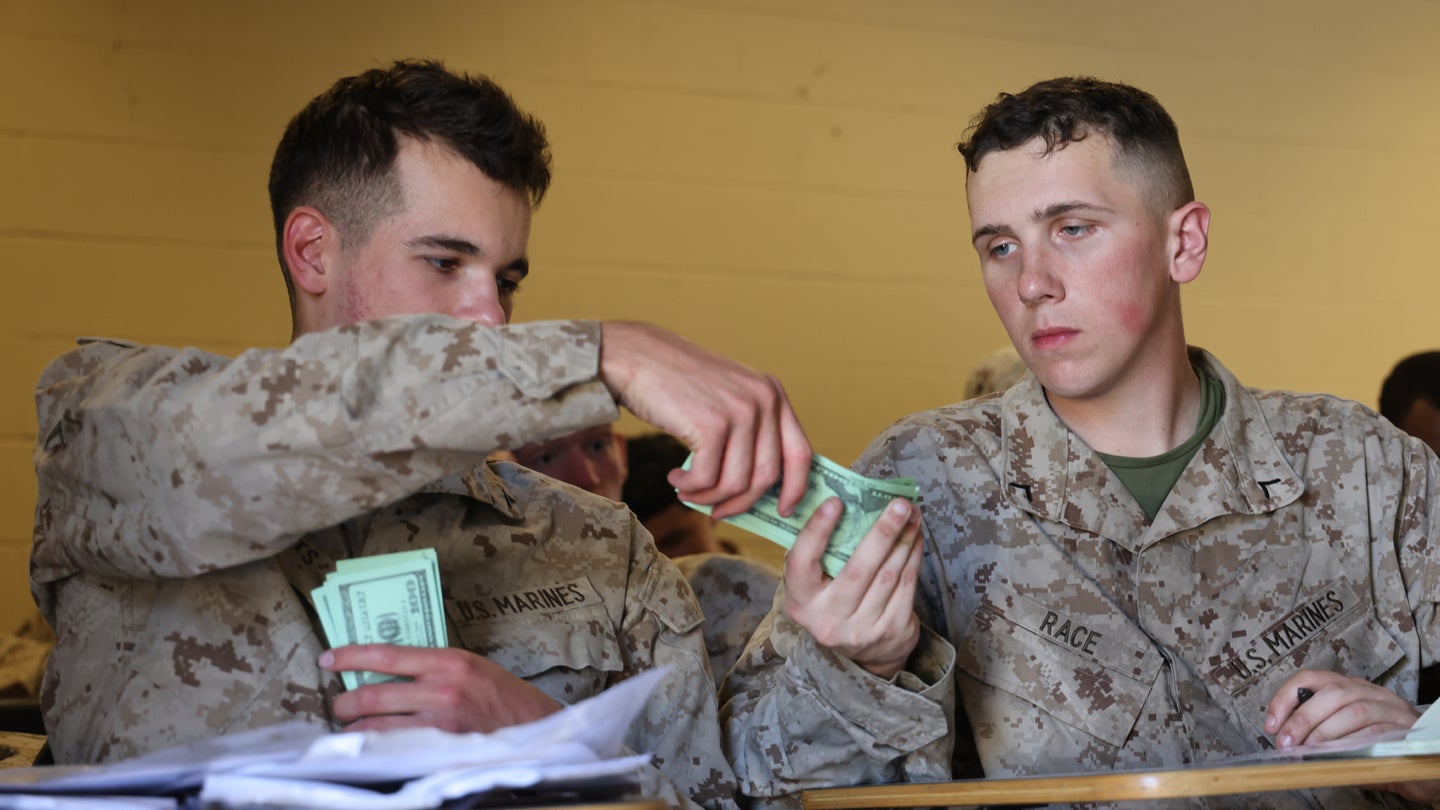 While Americans everywhere are feeling the strain of inflation, military families are also facing challenges unique to a job that maintains a rigid pay scale and leaves you little choice but to move where and when they say so.

Americans everywhere have seen the costs of gasoline, food, and housing skyrocket in recent months and military service members are no exception. In many ways, inflation is exacerbating an already concerning trend of service members — particularly younger troops — being unable to feed their families since their pay hasn’t kept pace with inflation, which was recently reported as having increased by 8.6% since last May. It’s the highest 12-month increase since 1981, according to the Bureau of Labor Statistics.

“This also comes at a time where recruiting is a real challenge,” said Katherin Kuzminski, director of the Military, Veterans, and Society Program at the Center for a New American Security (CNAS). “And where it is a readiness concern … at the individual level where service members are concerned with the welfares of their families.”

Food insecurity is not a new problem within the military, particularly among the junior enlisted ranks. The Associated Press reported in November that as many as 160,000 active-duty service members were “having trouble feeding their families.” Vince Hall, government relations officer for Feeding America, told the AP it is a “shocking truth that’s known to many food banks” across the U.S.

“This should be the cause of deep embarrassment,” Hall told the AP.

Indeed, a military family lifestyle survey from Blue Star Families in 2020 showed that 14% of enlisted active-duty respondents “reported low or very low food security.” The survey received more than 10,000 individual responses and 6,767 completed responses. In the same survey, almost 50% of active-duty spouses said they needed food support during their spouse’s deployment or activation, but didn’t know how to access it.

There are people living in the Washington, D.C., area who cannot comprehend why service members face food insecurity, according to Kuzminski, who recalled an Army official telling her it wasn’t a big deal. But high-ranking officials or officers assigned to the National Capital region not seeing a problem doesn’t mean the problem doesn’t exist.

Community resources like the Armed Services YMCA and the Navy-Marine Corps relief society are “seeing a huge uptick in the need for their services,” Kuzminski said. She added that during a recent trip to San Antonio, Texas — which serves tens of thousands of service members assigned to Joint Base San Antonio — she learned that the San Antonio Food Bank is seeing “a big uptick, not just in families but in military families who are in need of food support.”

That very real concern is the result of multiple factors. Within the rising inflation hitting the country are rising costs for food; CNBC reported that food prepared at home “costs 10% more than it did a year ago.” The cost for basic items like milk and eggs have climbed 13.3% and 11.2%, respectively, according to CNBC, which noted that the cost of stocking the fridge is now 10% higher than it was a year ago. And while commissaries on-base don’t operate in the same way civilian grocery store chains do, and they’re a “more affordable option,” Kuzminski said, that doesn’t mean they’re immune from rising costs.

On top of inflation, which Sgt. Maj. of the Marine Corps Troy Black told lawmakers is having the “largest impact” on junior service members, military families have challenges unique to their community. For example, Kuzminski said, military families have still had to move to new installations and new housing markets, whereas civilian families would have the choice not to if it didn’t make sense financially.

While civilians at least have the option of looking for new employment if their job’s pay isn’t cutting it for their family, service members are locked into contracts with a set pay scale. And Kuzminski said it’s long been an issue that service members in need could be disqualified from receiving social services because their “overall financial snapshot” includes their BAH.

“It disqualifies a lot of families from food stamps, WIC, all of that, because they make just too much money for that — but they don’t have enough money to provide for their families,” she said.

“There’s a lot of shame in not being able to provide for your family,” Kuzminski said. “And then there’s an extra level of shame if you have to go through your boss or your chain of command in order to get what you really need.”

“Today, many of our military families are struggling to meet their basic needs due to rising prices,” lawmakers wrote. “While Congress has sought to address this issue through the establishment of a basic needs allowance, there is one action you may take that would have an immediate impact on the problem: remove the revenue requirement on the Defense Commissary Agency (DeCA) in order to lower prices and maximize savings.”

It’s critical that the Defense Department address those challenges — if not to improve the lives of their service members and their families, then at least because it could get in the way of the military’s recruiting mission. Many of the issues families are facing are put in the “social welfare buckets,” Kuzminski said, but “the reality is that it actually has a readiness implication.”

“It’s affecting the service’s image and profile and ability to recruit,” she said. “And it’s also affecting the level at which individual service members are able to focus on their training and their jobs.”

If you are a U.S. service member who has been impacted by food insecurity, we want to hear from you. Please share your story with us by emailing haley@taskandpurpose.com or in the comments below.