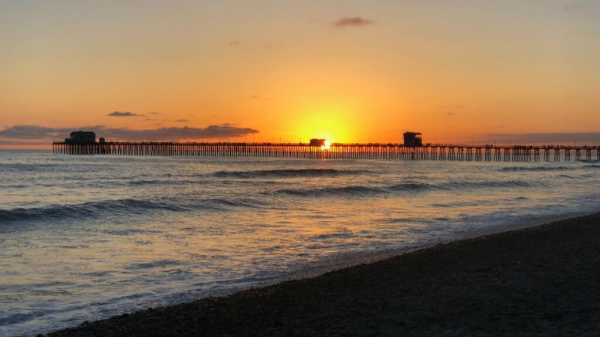 The important thing to know about Pendleton is that the base is enormous and extremely spread out. There are only a few roads going past the ranges and training areas, but some have very low speed limits. It can take 45 minutes to drive through base from the north to the south, and about 30 minutes to drive across.

PENDLETON AMENITIES ON BASE

Pendleton Naval Hospital – NHCP is a large new facility, completed around 2012, and located on the south side of the installation.

Balboa Medical Center – Balboa is another Naval Hospital located in San Diego, and houses some of the most advanced Naval medicine clinics on the west coast. It is the Bethesda equivalent, but with a more updated facility.

Pendleton PX – the Post Exchange aboard Camp Pendleton is relatively new, located near NHCP, and boasts a Dunkin Donuts, among several smaller niche shops. There is a second PX with a food court in the Mainside area on the southeast side of the base.

There are many housing choices aboard Camp Pendleton through Lincoln Military Housing or Hunt Housing: Wire Mountain, South Mesa, San Onofre, Del Mar, Forster Hills, O’Neill Heights, Pacific View, San Luis Rey, San Mateo, Santa Margarita, Serra Mesa and Stuart Mesa. Eligibility is determined by rank or GS level. Some neighborhoods have older houses, built in the 1960’s, with a small garage. Others are brand new and freshly updated. One downside of living on base is that most of the base housing does not include air conditioning except for EFMP families. The exception is the DeLuz neighborhood, managed by Hunt, because it is in the interior of the base. It is important to learn where the service member will be working so you can calculate commute times from different areas and use the closest gate.

Families who choose not to live in base housing often opt to live in the San Clemente, Oceanside or Fallbrook areas. San Clemente is expensive, but has apartments or condos that work well for young couples. Oceanside is more affordable and casual, with an active tourist vibe. Fallbrook offers more single family homes with yards, because it is inland with more space and a quieter atmosphere. Check PCSgrades.com for photos and reviews from fellow military and veteran families on off-base housing/neighborhood options.

WHAT MILITARY FAMILIES NEED TO KNOW ABOUT CAMP PENDLETON

Camp Pendleton has all the same rules that other Marine installations have: Don’t walk on the grass. Stop your car for the lowering of the flag. Don’t use your phone while driving on base. Wear proper civilian attire – though the rule on close-toed shoes is generally waved at this installation due to the proximity to the beach.

While the installation feels laid back because of its closeness to the beach (and its lack of closeness to Marine Corps Headquarters), the business aboard Camp Pendleton is incredibly serious. Don’t off-road on the many dirt roads you’ll find in seemingly random places, or you might find yourself in the middle of a hot range.

Atop a 1 Sgt’s Hill near Camp Horno stand the crosses that are memorials erected by Marines in honor of their fallen in Iraq and Afghanistan. The crosses were at one point, heroically saved by a group of Marines from 3/5 during one of the many wildfires in recent years.

Every infantry Marine aboard Camp Pendleton will at some point, visit the 5 Marines Memorial Garden. It is open to everyone who finds themselves stationed aboard the installation, whether active duty or family. It is located on the north side of Camp Pendleton, at Camp San Mateo.

Californians are all about delicious food. You’ll find that In-n-Out has die-hard burger fans. Beach Break Cafe is famed as the best breakfast in town. And Chronic Taco is a local favorite. Ruby’s Diner serves amazing milkshakes and fish tacos. The Jolly Roger has a great view of the harbor. And Harbor Fish and Chips has delicious fresh food.

THINGS TO DO NEAR CAMP PENDLETON

This market is a weekly occurrence in downtown Oceanside year round. People travel from all over to take part in the festivities that include food, entertainment, shopping, and even a family-friendly KidZone. Go during the day for a family-friendly vibe, or return at night for a fun people-watching experience.

The famed pier is a busy location and a tourist hotspot. It is located in the heart of Oceanside, and stretches out into the waves for great views. Ruby’s Diner is located at the end, but be prepared for a long wait!