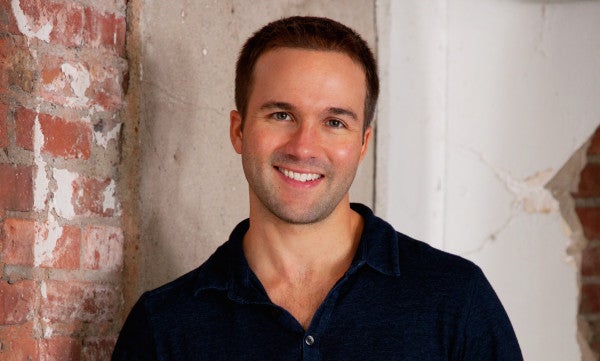 John Lee Dumas starts each of the interviews on his daily podcast on entrepreneurship with a simple question: “Are you ready to ignite?”

It’s an appropriate question, given the focus of Dumas’ award-winning podcast, Entrepreneur on Fire, where he interviews successful and inspiring entrepreneurs using an innovative and groundbreaking format of providing content to his listeners seven days a week.

But before Dumas became a heavyweight in the world of online marketing, he started his life as a military officer in the U.S. Army, just as the United States entered the Iraq War.

Why he joined the military

While Dumas attended college in Providence before joining the military, he knew that’s where he would end up eventually.

“I really grew up with a family of service members and always knew that military service was a path I wanted to potentially explore,” he tells Task & Purpose. “I knew that it would be something that I would find fascinating and interesting in a lot of different ways.”

Dumas joined the U.S. Army in 2002 and was assigned to be a tank officer — a serendipitous assignment — due to a mix-up of his paperwork caused by the 9/11 attack on the Pentagon.

“Out of nowhere, I was assigned as a tank officer and it was just one of those random moments in life,” Dumas explains. “Any other year, literally, any other year, I would have either been an engineer or a military intelligence officer.”

In 2003, Dumas deployed to Iraq and spent 13 months as a tank platoon leader, fighting with his platoon of 16 men in Ramadi and Habbaniyah. After four years of active duty, he decided to leave the military and go to law school, but after one semester, he left, realizing that the law was not his passion.

On finding his way to a new path

Dumas experienced a great deal during the six years after he left active-duty service. Like many veterans first leaving the military, he had some preconceived notions of what life would be like on the outside. It would take many different careers for him to discover what he truly wanted to do.

“I tried corporate finance, and to be honest, I had a lot of success there financially and climbing the corporate ladder, but after about 18 or 20 months, it was very obvious to me that it wasn't for me, so I quit,” Dumas says.

Dumas tried out other career paths like commercial real estate, and even worked for a tech startup, all the while moving around the country, trying to find his niche. Through it all, he relied on his Army training to help him figure out what it was he truly wanted to do with his life.

“One thing that I really attribute to my experience is the courage to quit,” he says. “I had the courage to quit when I was doing something that I knew wasn't my life's passion … because I had seen so many amazing men and women who had such bright futures lose their lives before they had an opportunity to see any of that realized.”

Dumas made a pledge to himself over the graves of his fallen brothers and sisters that he would not settle for something less than what he really felt was his “inner calling.”

It wasn’t until he started working in real estate that Dumas discovered a passion that he had not considered.

During his daily commute, Dumas would listen to podcasts from various entrepreneurial experts. After a couple of weeks, he ran out of content to consume. Most shows only produced content on a weekly basis. But he recognized that there was a need for a daily show and with the help of a mentor, he decided to create his own, Entrepreneur on Fire.

In just one year, Dumas’ show has placed in the top 150 podcasts on iTunes and was awarded “Best of iTunes” in 2013. On his show, Dumas has interviewed entrepreneurial heavyweights such as best-selling authors Tim Ferris and Seth Godin.

Dumas doesn’t just podcast, he has also created an online business called Podcaster’s Paradise, which teaches people how to start their own podcast series and monetize it.

To support transitioning veterans, Dumas and two other military veterans started High Speed Low Drag, a podcast featuring interviews with successful and inspiring veterans to give service members an opportunity to learn from their successfully transitioned brethren.

For his own advice, Dumas recommends that transitioning veterans try to make connections in the industry they are interested in working and not be afraid to start over.

“Be an apprentice. Don't be afraid to go out and find people in your niche in the industry that you're passionate about,” he suggests. “Find out who are those people that are taking names and knocking it out of the park. Reach out to them. Send them an email.”

Dumas also believes that everyone needs a team of people to help them.

“Look around you right now and see which other people have similar goals, similar aspirations, similar desires as you and form a mastermind, form an accountability group where you're encouraging each other, sharing your ideas, your insights, different resources,” he recommends.

“Find your five people. Be in a mastermind. Really focus on that and grow together because, again, I just can't say it enough, but you are the average of the five people you spend the most time with.”