The Danger Assuming Every Veteran Who Does Something Crazy Has PTSD

Major news organizations have a long history of tying acts of violence to military service and post-traumatic stress disorder regardless... 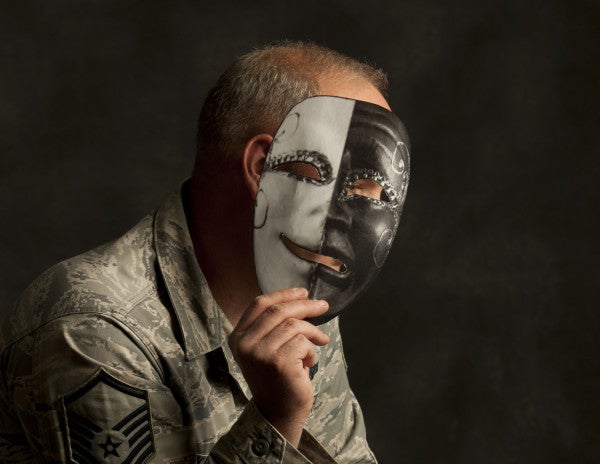 Major news organizations have a long history of tying acts of violence to military service and post-traumatic stress disorder regardless of their relevance to the events that unfold. In 1995, after Timothy McVeigh bombed a federal building in Oklahoma City, reports about his service and potential stress as a result of his involvement in the Iraq War filled the headlines. After the Fort Hood shootings that took place in 2009, the media linked the story to the dangers of combat-related post-traumatic stress disorder, although Nidal Hasan had never deployed. And after the 2014 Fort Hood shootings, media coverage focused on Ivan Lopez’s “mental Issues” and the fact that he had been assessed for, however not diagnosed with the disorder, even though Lopez never saw combat during his four-month deployment to Iraq. Just days after the 2014 Fort Hood shooting, known criminal, racist, and suspected murderer Frazier Glenn Miller (who also goes by the last name Cross) shot three people outside Kansas City, Missouri. Again, reports were quick to paint a picture of veterans as being on the verge of extremism.

There’s danger in using combat-related post-traumatic stress disorder to frame these events in that it stigmatizes the condition and perpetuates the stereotype associating veterans with violent acts. This can deter veterans who are currently suffering from the effects of post-traumatic stress from seeking treatment for their condition, out of fear that they may be unfairly misjudged. Dakota Meyer, a recent Medal of Honor recipient, after the recent Fort Hood shooting, stressed the need to differentiate between post-traumatic stress sufferers and mass shooters saying, “Going out and shooting your own friends, your own people, that’s not PTSD … I don’t know what the word for it is. It’s close to psychotic.” The implication that those coming home wounded after serving overseas are inherently dangerous does a disservice to them and undermines their potential for successful recovery.

Anyone who is familiar with the research would be quick to point out that the stereotype is far from reality. It’s as arbitrary as holding the entire Muslim community, two billion strong, responsible for the extremist jihadists responsible for unspeakable violence in the Middle East. Or allowing the Westboro Baptist church to represent Christians everywhere. Extremists exist in every organization and to allow them to represent the majority is ignorant and dangerous. According to the Department of Veterans Affairs, only 11-20% of veterans of the Iraq and Afghanistan wars are thought to experience PTSD and most people with PTSD never engage in violence. The stereotype of the unhinged veteran is trite and untrue. While there are those who do suffer and deserve timely and effective treatment, they are a fraction of the aggregate.

The reality is that Omar Gonzalez, the man who jumped the White House fence and burst through the front door last month, is an Army combat veteran who was injured and retired from service. He is recalled as a good guy suffering from mental illness and in need of treatment. While he served three tours of duty in Iraq and was diagnosed with post-traumatic stress, the circumstances of his case and behavior remain vague. As Dan Lamothe wrote for the Washington Post, until we know more, “it may be best to reserve judgment.”

When we read the headlines, let’s keep in mind that the actual story here is the security vulnerabilities of the White House. Gonzalez is indeed part of the veteran community, but that in itself is not indicative of all veteran behavior, or those struggling with post-traumatic stress disorder. There are nearly 22 million veterans and 2.1 million active-duty and reserve service members currently around the nation. Being a veteran has 22 million faces and unique stories. There is always an impulse to hypothesize in an effort to explain these events. In doing so, journalists must focus on the individual and have a responsibility to not generalize or sensationalize. Unless of course, equal attention is given to the majority of veterans who are doing amazing things around the world.