Veterans Can Now Wrap Themselves In Their Own DD-214 Blankets

A popular meme in military culture has been brought to life by a veterans clothing site. The meme surrounds discharge... 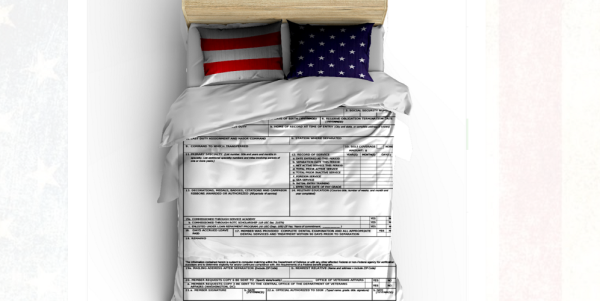 A popular meme in military culture has been brought to life by a veterans clothing site. The meme surrounds discharge papers — known by veterans as the DD-214. If you’ve spent any time on military or veteran-oriented Facebook pages and sites, you’ve probably seen a number of DD-214 memes. They usually appear in the comments section of a Facebook post that shows one of the less appealing elements of life in the military.

Then, someone who is no longer in the military, posts this in the comments:

Now, the online store American As F*ck, a military and veterans clothing company, has a polyester fleece DD-214 blanket for sale.

The blanket went on pre-order October 23 and quickly sold out. It’s not apparent when American As F*ck will have the item back in stock, but I would stay posted, if I were you. Personally, I’m debating buying a DD-214 blanket, but I’m worried it’ll end up replacing my woobie.