“You’re always looking for something to feel good about on deployments, especially when they’re rough. And he was that something for me.” 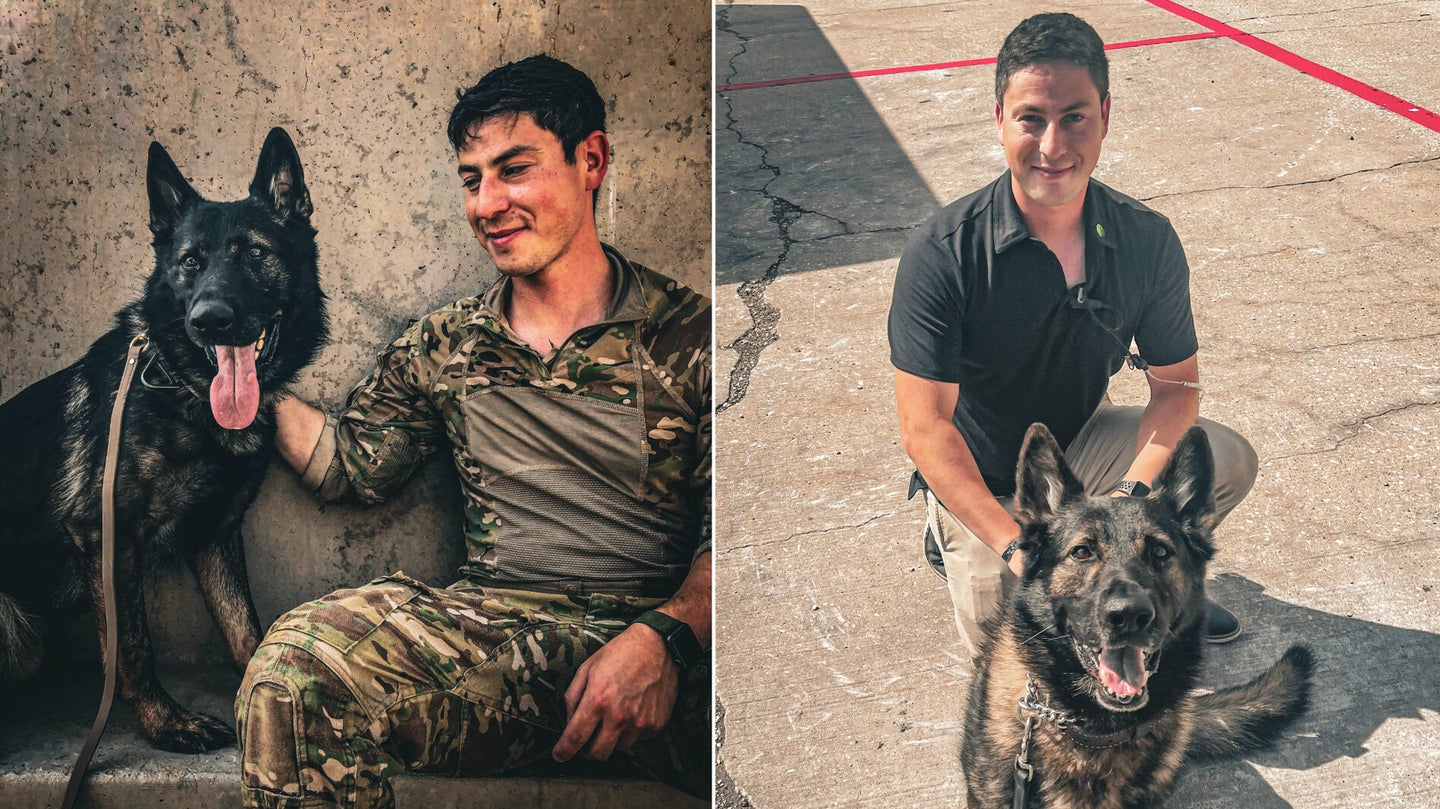 There is nothing I love more than a wholesome military working dog story, and that’s exactly what we found on the unofficial Army Reddit page this week.

Army Capt. Jacob Rafalson, commander of the 759th Ordnance Company (EOD), posted on the subreddit this week that he “unexpectedly ran into” the dog that ran patrols with him in Afghanistan three years ago while “working a random detail [halfway] across the country.” Rafalson told Task & Purpose on Tuesday that the dog, Bongo, was a highlight for him on that 2019 deployment that he still talks and thinks about.

“You’re always looking for something to feel good about on deployments, especially when they’re rough,” Rafalson said. “And he was that something for me, that I was always super happy when he was around, I was happy when we got to work with him in the truck. So seeing him all these years later, where I still thought about this dog … was a completely surreal moment.”

Rafalson was a first lieutenant with the 749th Ordnance Company (EOD), 242nd Ordnance Battalion (EOD), 71st Ordnance Group (EOD) in 2019 when he served with a bomb squad at Bagram Airfield in Afghanistan. It was his first combat deployment, and he was tasked with essentially “all the force protection” for personnel at the base, he said. That’s where Bongo came in.

Bongo is a Navy military working dog who specalizes in searching for explosive hazards, Rafalson said. Military working dogs and service members from other branches were often attached to Rafalson’s squad. Bongo was an “invanluable asset” on foot patrols in Afghanistan by giving the troops he was with a warning of any explosive hazards he detected, said Rafalson. He recalled hearing that once Bongo was in a truck that was hit by a vehicle-born improvised explosive device, or VBIED.

“I mean technically, he would have a Purple Heart if that were true, as a dog, which I think is pretty awesome,” he said. And aside from the work he did with the bomb squad, Bongo provided “an insane amount of morale,” which was no small thing, especially on Rafalson’s 2019 deployment.

“Bongo was special because he was just a really happy dog, and his handler was really cool. He provided a lot of morale in what was particularly a rough deployment. EOD lost two guys while I was there, and then Bagram had a catastrophic loss with a VBIED where three Marines were killed,” Rafalson said. “So it was just really pleasant to have him around.”

Three years later, Rafalson said he still talks about the dog, so when he was helping with a VIP event last week at Naval Station Great Lakes he remembered that Bongo lived there. He was talking to one of the dog handlers, and asked if he knew him. The handler responded that Bongo was his dog, and after talking about Bongo’s service record a bit more, Rafalson knew they were talking about the same pup.

The reunion was everything you’d expect; Rafalson said on Reddit that he was “running on happy adrenaline for an hour.” He told Task & Purpose he didn’t know if Bongo remembered him or not, but it sure seemed like it — he was “super excited” to see Rafalson, he said, and “went in for the pets, and curled up in my arms.”

The bond between working dogs and the service members they work with is a special one. While Rafalson wasn’t Bongo’s handler, he said he was still in awe of what the dog was willing and able to do. If he was a human, Rafalson said, he’d be “a decorated war hero.” The soldiers loved on Bongo so much, and other dogs like him, because of “what they’re willing to do for us.”

And not just in the practical sense, but in the emotional sense as well. In some cases, that’s just as important.