And soon, hopefully, another giant leap for mankind. 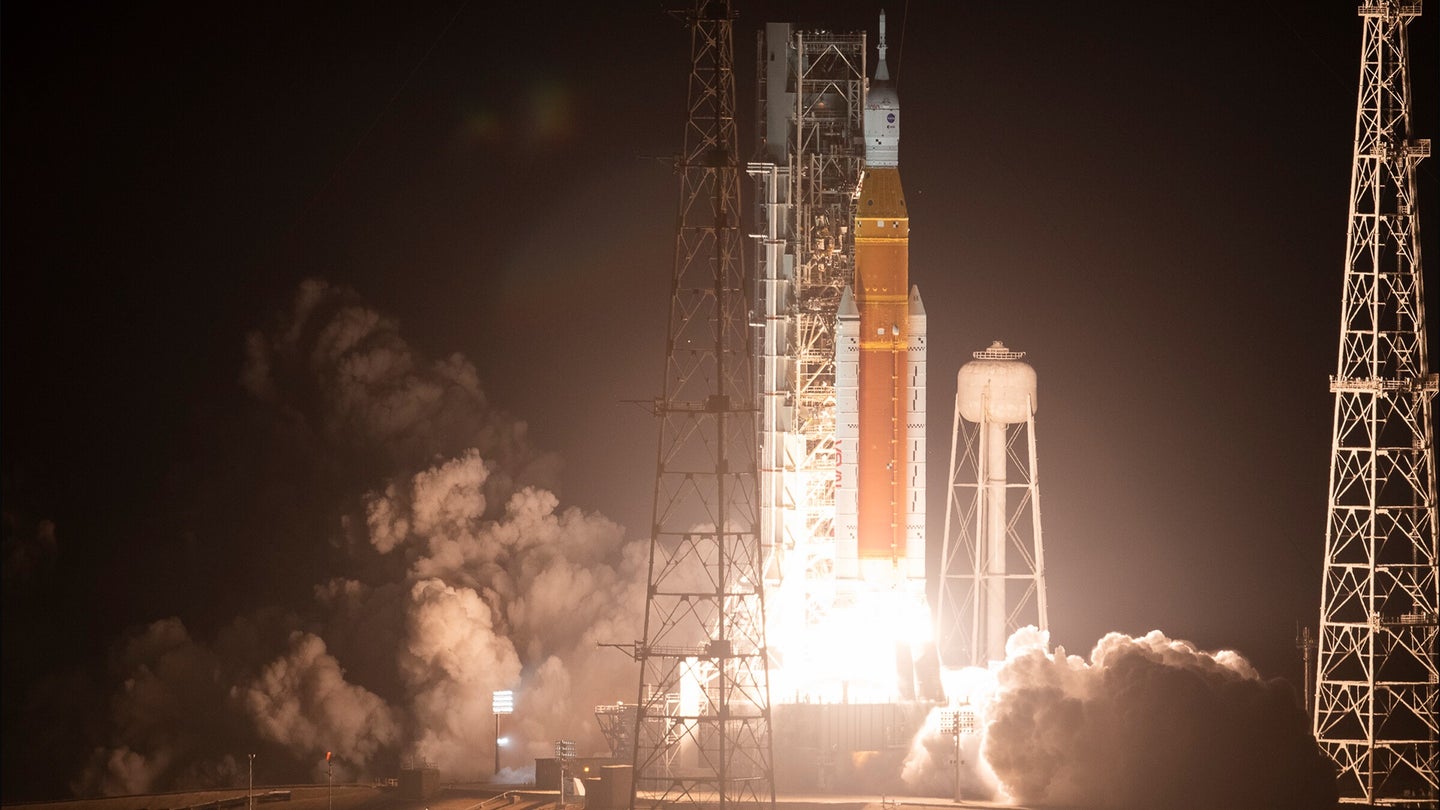 There’s no one on board, but the launch of the Artemis I rocket is one small step towards sending humans back to the Moon for the first time since the end of the Apollo program.

NASA’s latest mission launched from the Kennedy Space Center in Cape Canaveral, Florida at 1:57 a.m. Wednesday morning, bound for a 25-day mission that will see a spacecraft designed for humans to orbit the Moon. If successful, a second mission will send astronauts to orbit the Moon in 2024. And if that works, in theory, a 2025 mission will land people on the Moon for the first time since 1972, although projects of this magnitude running over budget and time may be the only force stronger than gravity.

The Artemis mission will complete its 1.3 million mile journey and return to Earth with a splashdown in the Pacific Ocean on Dec. 11.

“For once, I might be speechless,” launch director Charlie Blackwell-Thompson said after the launch, addressing the team at the Kennedy Space Center. “You have earned your place in history. You’re part of a first. It doesn’t come along very often, once in a career maybe. But we are all part of something incredibly special.”

At 322 feet long, the Space Launch System of the Artemis mission used up to 9 million pounds of thrust to escape the atmosphere and travel into space. From there, it is sending the Orion capsule, which is designed for human travel, onward to the Moon. Inside the Orion are a trio of mannequins – only one of them a complete human body – along for the ride. Dubbed Moonikin Campos, Helga and Zohar, they are designed to study what the future human crews may experience on future missions.

The interplanetary mannequins aren’t alone, though, as the Orion is also carrying fungus as part of an experiment designed by the U.S. Naval Research Laboratory. The samples are  onboard “to investigate effects of the deep space radiation environment outside of Earth’s protective magnetosphere,” according to the NRL.

The specific fungus is Aspergillus niger, and the samples will include one wild strain and three that are deficient in DNA repair pathways and melanin production. And while human astronauts require plenty of protection against the radiation of space travel, fungi like Aspergillus niger “can survive doses of radiation 200 times higher than those that would kill a human,” according to Science Magazine. It’s even found in the International Space Station, currently in orbit about 250 miles above the surface of the Earth.

These missions don’t come without costs, and NASA’s inspector general’s office has estimated that the program will cost $93 billion through the 2025 fiscal year. The mission itself has been delayed repeatedly due to mechanical malfunctions and hurricanes, but it is still a major move towards fulfilling the promise of astronaut Eugene Cernan, who said as the last person to step foot on the Moon that “we shall return.”

Cernan, a Naval aviator before entering the NASA space program, flew three times in space, and was the man who took the famous “blue marble” photograph of Earth while en route to the Moon during the Apollo 17 mission.

“What is the real meaning of seeing this picture? I’ve always said, I’ve said for a long time, I still believe it, it’s going to be — well it’s almost fifty now, but fifty or a hundred years in the history of mankind before we look back and really understand the meaning of Apollo,” Cernan said in 2007. “Really understand what humankind had done when we left, when we truly left this planet, we’re able to call another body in this universe our home.”