Why the Navy is shooting fungus into space

“Fungi have been forgotten for the past 20 or 30 years, but it's time to go back to them." 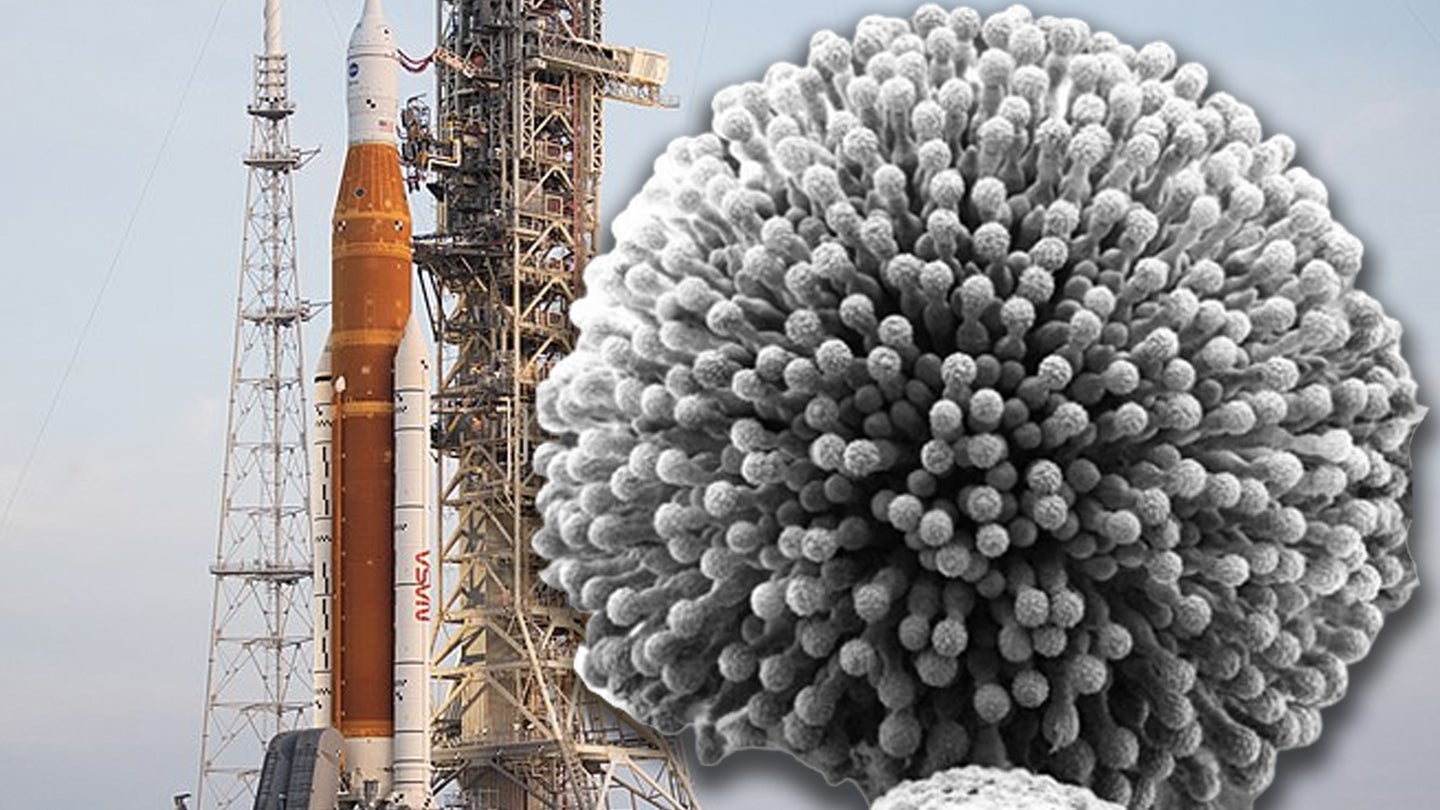 Later this month, NASA plans to launch its Artemis I space mission, where an uncrewed rocket will lift off from Earth and circle the Moon on a 25-day trip that will serve as a sort of test run before sending out crewed missions to the lunar surface. But while the Orion spacecraft will not have a human crew, it will not be entirely lifeless.

That is because Orion will carry samples of fungus on board that will be used “to investigate effects of the deep space radiation environment outside of Earth’s protective magnetosphere,” according to the U.S. Naval Research Laboratory, which prepared the experiment.

Among the many dangers to humans in space, radiation is one of the most concerning. Without the protection of Earth’s atmosphere, radiation from the sun or distant stars can place astronauts “at significant risk for radiation sickness, and increased lifetime risk for cancer, central nervous system effects, and degenerative diseases,” according to NASA.

The risk from radiation appears to grow worse farther out from Earth. The Navy wrote that Moon missions experience “approximately twice as much radiation exposure as levels on the International Space Station.”

But humble, earth-dwelling fungi may have some clues on how to better understand the effects of space radiation, and possibly how to protect humans against it.

Fungi are notable “for their natural mechanisms to protect and repair DNA damage caused by radiation,” wrote the U.S. Naval Research Laboratory. The experiment aboard Orion seeks to understand those protective qualities and study “how biological systems adapt to deep space.”

Aboard the spacecraft will be one wild-type fungus strain and three mutated, two of which are deficient in DNA repair pathways while the third is defective at melanin production. These different strains will hopefully help scientists better understand “how humans may be impacted at the Moon and beyond,” said Zheng Wang, NRL microbiologist and the principal investigator for the project, in the Navy press release.

Another exciting possibility could be that as the fungus adapts to space, it might also produce new biomolecules “that could have therapeutic potentials,” said Wang, which could in turn be used to protect astronauts and equipment.

This is not the first time scientists have considered the promise and peril of fungi in space. In 2019, Science Magazine reported that mold spores, which are a type of fungus, “can survive doses of radiation 200 times higher than those that would kill a human.”

Astronauts and cosmonauts aboard the International Space Station wipe down the spacecraft’s interior once a week, according to one paper by the Environmental Protection Agency, though the fungus still has a knack for showing up in places like the wall where exercise clothes are hung to dry. One microbiologist in Germany wondered how the common black mold Aspergillus niger, which is often found aboard the International Space Station, might react outside the spacecraft in the void of space.

The scientist, Marta Cortesã, shot the mold with “stupid amounts” of radiation, according to Science Magazine, and the spores still survived. Though the experiment did not test other elements of outer space, like hard vacuum and low gravity, it likely helped firm up Cortesã’s belief that “we will have spores with us for sure in our space travels,” she said. “Fungi have been forgotten for the past 20 or 30 years, but it’s time to go back to them.”

The Navy seems to have answered the call by developing its upcoming fungus experiment. The specific species is Aspergillus niger, “which is found in all human environments including spacecraft,” said Jennifer Yuzon, a postdoctoral scientist for NRL’s Laboratory for Biomaterials and Systems, in the Navy press release.

The fungal samples will ride into space inside special systems called “Biological Research in Canisters,” a NASA technology used to carry biological samples for a wide range of different experiments. Those canisters will be in Orion’s crew compartment, along with three other biology experiments involving “adaptation of yeast, and gene expression of algae during the journey around the Moon,” according to NASA.

Though there will be no human crew, there will be human-like shapes aboard Orion. These include a manikin sitting in the commander’s seat, dressed up in a space suit and outfitted with sensors “to record acceleration and vibration throughout the mission,” according to NASA. The manikin is named Commander Moonikin Campos, partly as a result of a public naming contest and partly as a dedication to Arturo Campos, who played an important role in bringing the three astronauts of the near-fatal Apollo 13 mission back to Earth.

Campos’ crewmates include two other manikin torsos named Helga and Zohar, made out of “materials that mimic human bones, soft tissues, and organs of an adult female,” according to NASA. The torsos will have thousands of sensors for detecting radiation exposure, the agency explained. Artemis I will also carry a plush Snoopy toy dressed up as an astronaut, and a Shaun the Sheep toy courtesy of the European Space Agency.

Hopefully Snoopy, Shaun, Campos, Helga and Zohar will survive the radiation as they pave the way for humans to return to the Moon almost exactly a half century after the last humans left it. The Artemis I mission is scheduled to launch on November 14 after being postponed three times since April, according to Space.com. When it finally goes up, Artemis I will usher in a new era of space exploration.

“The first in a series of increasingly complex missions, Artemis I is an uncrewed flight test that will provide a foundation for human deep space exploration and demonstrate our commitment and capability to return humans to the Moon and extend beyond,” NASA wrote.