With Congress cutting $500 billion from the Department of Defense’s budget, the Army and National Guard are left to fight... 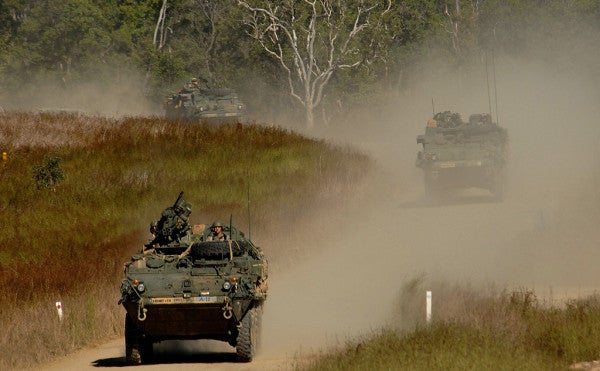 With Congress cutting $500 billion from the Department of Defense’s budget, the Army and National Guard are left to fight for the remaining funds. At Washington state's Joint Base Lewis-McChord, the National Guard has its eyes on 600 Army vehicles that it wants to convert to Strykers — an advanced wheeled ground vehicle. The only problem, the Army wants them too.

With both forces having their own missions and equipment needs, it becomes a question of means and necessity, with the Army eventually deciding whether or not it will keep the equipment, or pass it to the National Guard.