"This is not about being provocative," said Marine Maj. Gen. Paul Rock Jr. 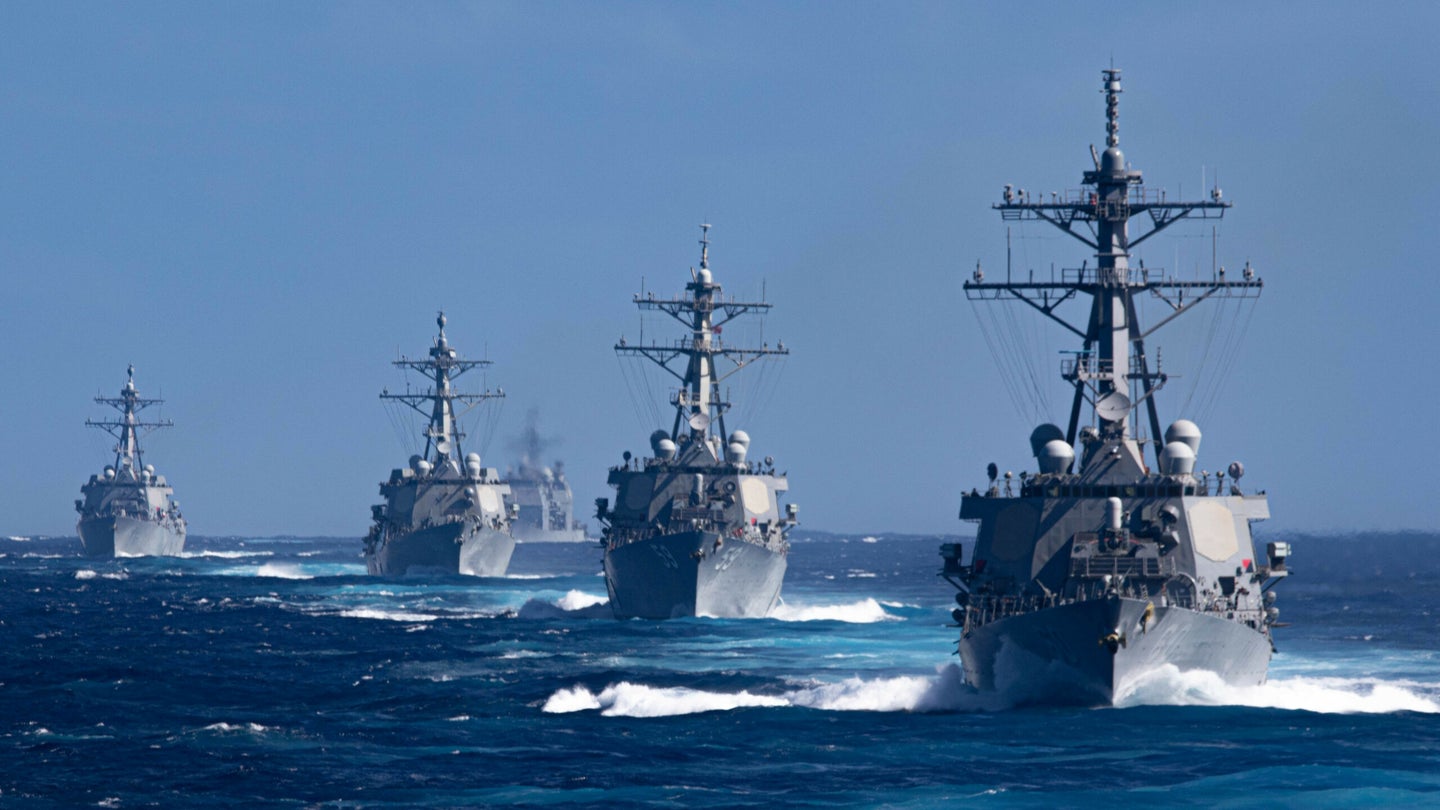 The new Navy, Marine Corps, and Coast Guard strategy for countering Russia and China calls for the maritime services to be more aggressive without crossing the line into open warfare.

Officially known as “Advantage at Sea,” the strategy closely mirrors the 2018 National Defense Strategy, which declared that great powers such as China and Russia posed the greatest danger to the United States instead of terrorist groups.

“We must operate more assertively to prevail in day-to-day competition as we uphold the rules-based order and deter our competitors from pursuing armed aggression,” according to the strategy, which was released on Thursday.

In practice that translates to working closely with partners and allies to confront China and Russia when they violate international norms, defense officials told reporters on Thursday.

Facing adversaries who want to reshape the world in their own image will inherently entail taking a risk, said Rear Adm. James Bynum, acting deputy chief of naval operations for warfighting development.

The new strategy acknowledges that when the U.S. military has tried to de-escalate confrontations with China and Russia in the past, it may have ceded ground to both countries, Bynum told reporters during a conference call.

As commanders have said recently, the U.S. military will continue to fly, steam, and operate where it is lawful to do so – without asking permission first, he said.

“We’re there, so that emboldens and encourages our global partners and those folks who – are not necessarily aligned – but who benefit from that world order of law and rules-based behavior,” Bynum said.

One way the Coast Guard has been more assertive at sea is by supporting operations to curtail illegal fishing off the Galápagos Islands by Chinese fishing vessels, said Coast Guard Read Adm. Pat DeQuattro.

“To call out malicious and coercive behavior that is against global norms is an absolute part of this strategy,” said DeQuattro deputy director for operations, policy, and capabilities.

When asked how U.S. military officials will ensure that this more aggressive strategy doesn’t actually lead to a war with Russia or China, Marine Maj. Gen. Paul Rock Jr. said that competition does not necessarily involve conflict.

“I would just say that this is not about being provocative,” said Rock, director of strategy and plans division, plans, policies & operations. “It is not about sons and daughters of America being exposed to unnecessary risk gratuitously.”

Instead, the strategy is meant to make clear that the United States will maintain international standards and the rules-based order that has existed since the end of World War II, he said.

“When we talk a more assertive competition posture, I think your imagination immediately leaps to standing face-to-face with someone and daring them to cross a line sort of thing,” Rock said. “I think there’s a lot more depth to the ability to compete on a daily basis, to include build a network and reinforcing a network of capable allies, who feel assured that we got their back and they got ours – and are willing to expose malign influences.”