As President Barack Obama was taking office back in 2008, I wrote an article on my Facebook page entitled “General... 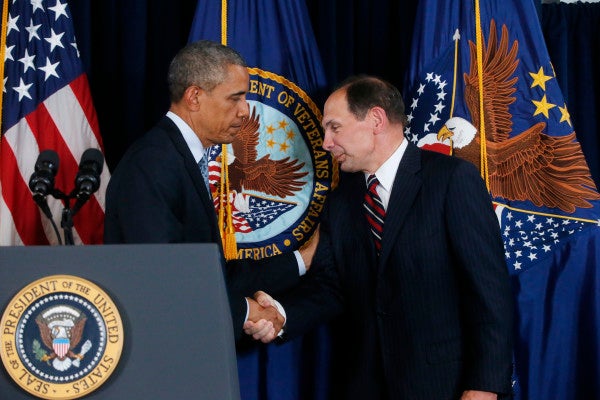 As President Barack Obama was taking office back in 2008, I wrote an article on my Facebook page entitled “General Shinseki’s New Mission.” In it, I talked about how the Department of Veterans Affairs has long been a sprawling bureaucracy fraught with difficulty, and how increasing monies to the VA without addressing root causes would not alleviate problems. I stated:

With high level managers’ pushing for results at any cost…the VA cannot continue to address the misdeeds of its personnel as isolated episodes. The VA needs serious streamlining and a change in culture to stop the law of diminishing returns. In essence, the VA must re-set, change and become pro-active instead of reactive.

I never realized how prophetic this statement would be.

Despite former Secretary Eric Shinseki’s six years at the helm of the VA, the “corrosive culture” — falsifying performance records for monetary bonuses, the difficulty of hiring and firing employees, the backlash against whistleblowers and the inability to effectively manage or communicate within the agency — resulted in his resignation a few weeks ago.

When the word came out that Obama would nominate former Procter & Gamble executive Robert McDonald to lead the VA, I watched as elected officials, veterans service organizations and advocates took to social media and television to make pronouncements on what they wanted to see McDonald do as secretary.

Unfortunately, if all the comments and recommendations are any indication, it’s clear he is not going to please everyone and even at this moment of renewed hope, we’re all going to have to be realistic about what McDonald can actually accomplish with roughly two and a half years left for the Obama administration.

McDonald’s role as the former CEO of Procter & Gamble, a company with operations around the globe, as well as his experience as a veteran, should make him a shoo-in for conformation. However, his nomination comes with just a few weeks left in Congress’ legislative schedule before the mid-term elections break.

It may be difficult to finish his background check before August, which means McDonald will probably not get confirmed until sometime in the fall, giving him roughly 26 months as VA secretary. Even if he is confirmed quickly, he’ll face tough questions about what he intends to do to fix the VA and he’ll be walking into a department headquarters with multiple vacancies.

With this limited amount of time, it’s also more than likely that McDonald will not be able to make any major policy changes and will have to continue many initiatives that Shinseki started, which include the shift to a computerized system, the overall elimination of homeless veterans and the reduction of the disability claims backlog by 2016.

Also, as the New York Times pointed out, White House officials were looking into three kinds of potential replacements. By selecting McDonald, someone with 30-plus years of management experience, the White House believes the current problems lie within the VA’s management. As McDonald comes from the corporate world, it can be construed that his main job over the next two and a half years will be to revamp and “corporatize” the VA: restructuring headquarters, the Veterans Benefits Administration and the Veterans Health Administration, while more than likely adding additional governance to make management more accountable and improve communication up and down the chain of command. It’s also assumed that he will also continue Shinseki’s and Acting Secretary Gibson Sloan’s movement to root out the incompetence and malfeasance that has taken place.

As Board Chairman of Team Red, White and Blue Mike Erwin stated, “He's authentic and has a relentless work ethic.” McDonald’s going to need those qualities and more for the next couple of years if he’s going to restore the broken relationship between veterans and the VA. Conceivably, it could be said that with such a short time, he’s laying the groundwork for the next president and VA secretary. Regardless, if McDonald’s able to accomplish half of what is needed to right the ship, he’ll forever have veterans in his debt. It’s all we can hope for right now.

Joe Bello served 11 years in the U.S. Navy/Naval Reserve and has been a veterans’ advocate in New York City for almost two decades. He is the founder of NY MetroVets.