Sexual harassment is now officially a crime in the US military

'Sexual harassment, has for too long, been seen as something you had to deal with as part of the job if you wanted to serve.' 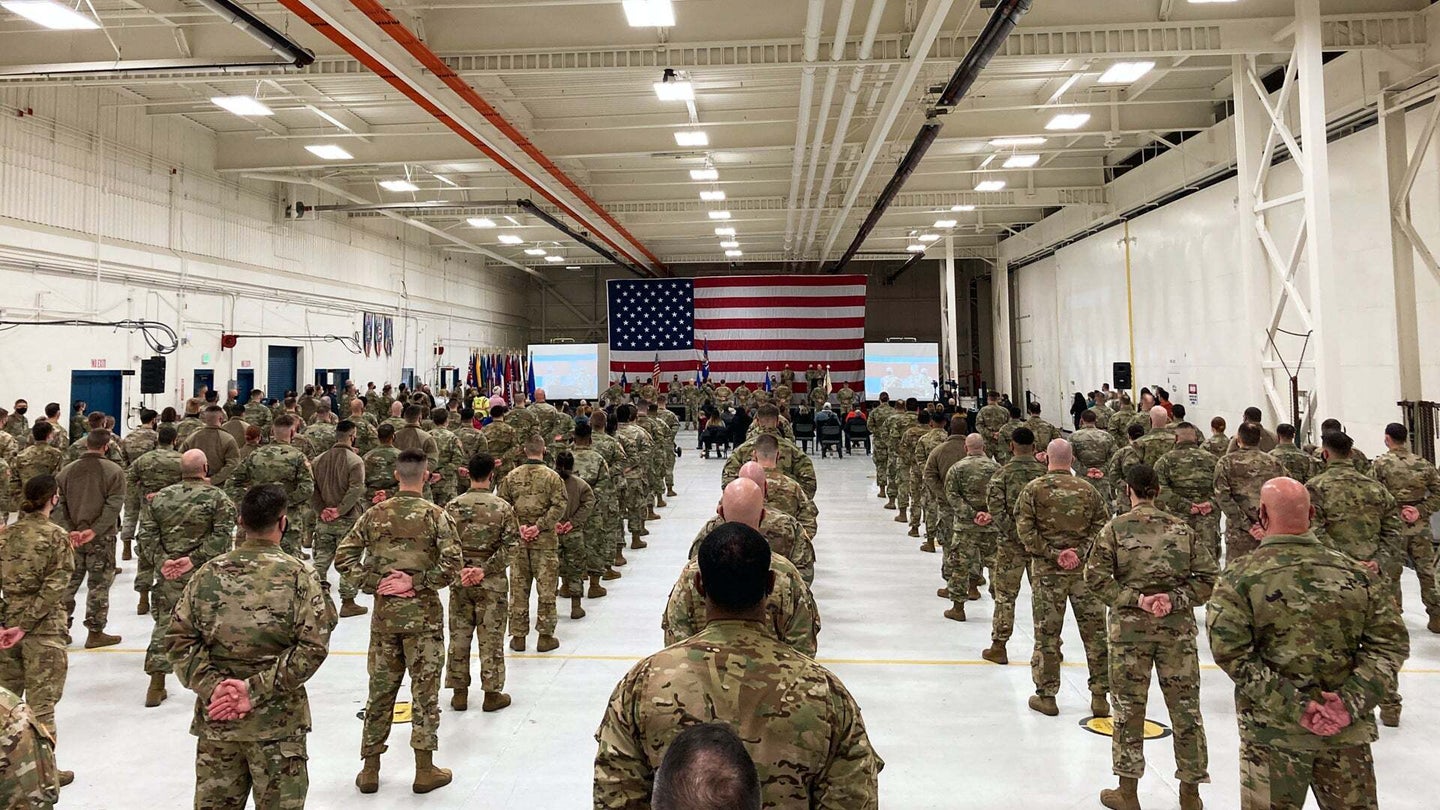 President Joe Biden signed an executive order on Wednesday making sexual harassment a specific offense under the Uniform Code of Military Justice, which Congress had mandated as part of the latest defense policy bill.

“This historical addition to the UCMJ honors the memory of Army Spc. Vanessa Guillén, whose experience with severe sexual harassment was followed by a brutal murder, catalyzing national attention to the scourge of sexual violence in our military and helping advance bipartisan military justice reform in the 2022 National Defense Authorization Act,” White House spokeswoman Jen Psaki told reporters on Wednesday.

Guillén went missing from Fort Hood in April 2020 and her body was found that June. The Army later confirmed that prior to her death, Guillén had reported being sexually harassed by a superior noncommissioned officer in her unit. Investigators determined the harassment was not related to her death and there is no evidence that the soldier accused of killing her had harassed her.

In the aftermath of Guillén’s disappearance and death in 2020, an independent review found that sexual harassment and assault survivors at Fort Hood, Texas, were underreporting incidents of abuse because, “Victims feared the inevitable consequences of reporting: ostracism, shunning and shaming, harsh treatment, and indelible damage to their career.”

Before Wednesday, sexual harassment was prosecuted under various articles of the Uniform Code of Military Justice, including Articles 92, 93, and 134, said Rachel VanLandigham, a former Air Force judge advocate and law professor at Southwestern Law School.

In December, Congress required Biden to make sexual harassment its own offense under Article 134, the catch-all charge for all offenses that are prejudicial to good order and discipline, VanLandigham said.

Biden’s executive order marks “the most concrete movement we have ever seen” in the military’s efforts to protect its service members,” said former Marine Sgt. Erin Kirk, co-founder of the advocacy group Not In My Marine Corps.

“Sexual harassment, has for too long, been seen as something you had to deal with as part of the job if you wanted to serve,” Kirk wrote in an email. “This, FINALLY, says to every service member: We will not tolerate this behavior. We expect you to be a professional and act as such or you will be punished.”

“This is not the end,” Kirk continued. “There is still a lot of work to be done to fight sexual assault and harassment in the military. This is just the first step in the road to end this scourge and ensure a safe and professional environment for those who raise their right hand to serve.”

Despite commanders’ persistent claims that they have a zero-tolerance policy for sexual harassment and sexual assault, an independent commission that looked into how the military handles such cases last year determined the opposite was true.

“We learned that in practice, there is quite a lot of tolerance,” a senior administration official told reporters in July. “The key finding from junior enlisted members is that they experience daily acts of demeaning language and sexual harassment, that it’s ubiquitous in many units, that it’s a part of the climate and that women in particular are told this is just what they should expect.”

That is one of the reasons why the Independent Review Commission on Sexual Assault in the Military recommended that the Defense Department list sexual harassment as an offense under the Uniform Code of Military Justice, said former Marine Maj. Kyleanne Hunter, who served on the commission.

The change should allow the military to identify potential perpetrators before they can commit sexual assaults, Hunter said on Wednesday.

“We know, and it’s been really well established in research, that there’s a continuum of harm,” Hunter said. “Sexual assault doesn’t just occur in a vacuum. It’s not something that – all of a sudden, somebody just assaults someone one day. There is an escalation in behavior that starts with harassment.”

By giving military commanders the ability to charge perpetrators with sexual harassment, it is possible that the number of sexual assaults may start to go down, she said. In November, the Defense Department Inspector General’s Office found that the number of unrestricted sexual assault reports, which automatically trigger an investigation, jumped from 2,640 in fiscal 2011 to 5,699 in fiscal 2019. The report also found that the military services “have not been provided with an increase in resources and manpower” to address the issue.

“We can see now that addressing behavior earlier on, we know, will reduce the likelihood of assaults – especially when we start thinking about the culture and climate that we’re looking at,” Hunter said. “The climates that tolerate harassment lead to assault being more tolerated.”

Biden’s executive order making sexual harassment an offense under the Uniform Code of Military Justice comes as the military faces a fundamental shift in how it prosecutes sexual assault cases.

Defense Secretary Lloyd Austin announced in June that he would support the independent commission’s recommendation that special prosecutors rather than military commanders decide whether to investigate and prosecute allegations of sexual assault. Biden also lent his support to removing the decision about whether to pursue sexual assault cases from commanders’ purview.

“For as long as we have abhorred this scourge, the statistics and the stories have grown worse,” Biden said in a July 2 statement. “We need concrete actions that fundamentally change the way we handle military sexual assault and that make it clear that these crimes will not be minimized or dismissed. They will be prosecuted under the Uniform Code of Military Justice (UCMJ) to their fullest extent.”

CORRECTION: This story has been corrected to make clear that the noncommissioned officer whom Army Spc. Vanessa Guillén had reported for allegedly sexually harassing her was not the soldier accused of killing her.