The Taliban has lost a top commander to an ISIS suicide bomber who attacked a meeting between jihadists and village leaders... 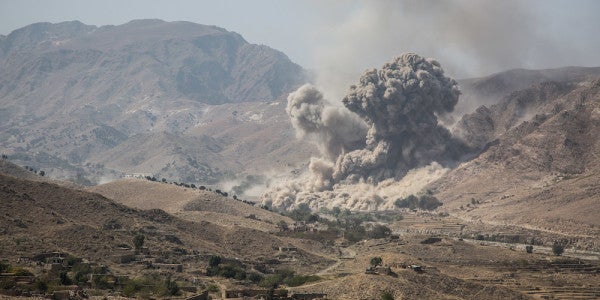 The Taliban has lost a top commander to an ISIS suicide bomber who attacked a meeting between jihadists and village leaders in northern Afghanistan, local officials told the Associated Press — a setback for peace efforts amid the Taliban’s push for talks with both the Afghan government and the United States military.

It's worth noting that the June meeting that ISIS targeted also, ironically, focused on issuing a fatwa outlawing suicide bombings. “The gathering had just finished and the clerics were coming out of the tent when that suicide bomber went off,” Al Jazeera's Jennifer Glasse reported at the time. “They had just come to an agreement saying that suicide bombing was un-Islamic.”

Ah, young jihadists: they all blow up so fast.