It took a request by Sen. John McCain directly to the secretary of the Air Force for the service to... 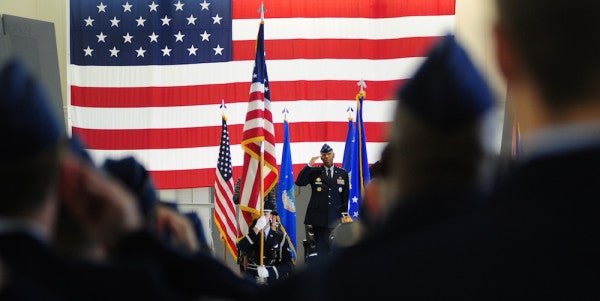 It took a request by Sen. John McCain directly to the secretary of the Air Force for the service to investigate “treason” comments made by the vice commander of Air Combat Command.

On Jan. 10, 2015, at a tactics review board meet at Nellis Air Force Base, U.S. Air Force Maj. Gen. James Post warned an audience of 300 airmen that anyone contacting Congress about the capabilities of the A-10 would be “committing treason.” The command failed to investigate the comments because the command considered Post’s comments “hyperbole,” according to Maj. Genieve David, a spokesman for the Air Force Command.

The investigation was eventually conducted. The report by the Air Force inspector general concluded that Post’s “choice of words had the effect of attempting to prevent some members from lawfully communicating with Congress,” which is a violation of the law, 10 U.S.C. § 1034, prohibition of retaliatory personnel actions and DoD Directive 7050.06, military whistleblower protection. Earlier this month, Post was removed from his position as vice commander and issued a letter of reprimand.

As noted by Tony Carr on John Q. Public, Post’s actions also reveal a pattern by senior officers in the Air Force dictating what communication with Congress is appropriate and to punish those who do not stick to the Air Force script.

In December 2014, Capt. Maribel Jarzabek, an Air Force lawyer, received a reprimand from higher-ranking officers for voicing her opinion about how the military handles sexual assaults. Jarzabek voiced her opinions on the Facebook page of Sen. Kirsten Gillibrand. This reprimand is also clearly a “prohibited retaliatory personnel action,” as it was taken against Jarzabek in retaliation for her communication with a member of Congress.

The Air Force justified the reprimand of Jarzabek alleging that she had wrongfully advocated “a partisan political cause” and expressed an opinion that could undermine confidence in the Air Force.

The suggestion that members of the Air Force are prohibited from advocating for a partisan political cause does not withstand even minimal scrutiny. The law is clear, “No person may restrict a member of the armed forces in communicating with a Member of Congress…”

Further, the Air Force judge advocate general, Lt. Gen. Richard C. Harding, and his trusted underling then-Col. Jeffrey A. Rockwell, in a memorandum to the Air Force JAG Corps, encouraged Air Force JAGs to share with “media types” the official position of the Air Force on the handling of sexual assaults in the military. The memo read:

Here in the nation’s capital, many of us have engaged with members of Congress, their staffs and members of the media to teach, implore and explain the reasons, or the “why,” behind commanders’ authority and the current set-up of the military justice system. Colonel Rockwell is one of the best at engaging with the public and he offers his profound insight and analysis below. Please read, absorb and share with your commanders and media types wherever you are located. This will truly make a difference. As always, thank you for all you do!

Thus, it seems advocating for a partisan political cause is encouraged so long as the advocacy comports with the party line of the Air Force.

One may wonder what happened to Rockwell. He is now Maj. Gen. Rockwell. Evidently he was on the “right” side of this partisan political issue.

Freedom of expression cannot be a one-way street. To encourage subordinate officers to engage in partisan politics only if they parrot the preferences of senior leaders undermines the entire concept of free expression.

As in the Post matter, the actions by Rockwell must be fully investigated. As the Air Force is unwilling to police its own, Gillibrand should immediately call for a comprehensive investigation of this entire sordid affair. The airmen who volunteer to make the ultimate sacrifice for our nation deserve nothing less.