The F-35 Capabilities Were Watered Down To Meet Deadline

A report by David Axe of War Is Boring reveals that the F-35 Joint Strike Fighter’s operational capabilities were significantly... 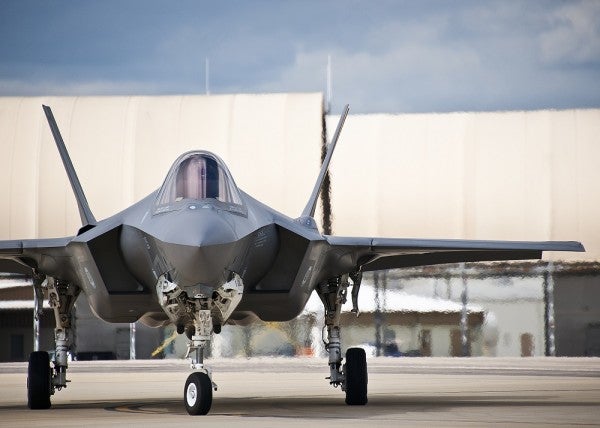 A report by David Axe of War Is Boring reveals that the F-35 Joint Strike Fighter’s operational capabilities were significantly watered down in order to meet the program’s December 2016 deadline. With evidence acquired through the Freedom of Information Act, the report explains how the F-35 went from a next generation aircraft capable of taking on air and ground threats in highly contested space to one hardly suited to combat operations.

“To meet a deadline that Congress found acceptable, the Air Force decided to debut F-35s that it knew full well wouldn’t actually be combat-ready in any meaningful sense of the term,” writes Axe.

Initial resistance to a set deadline, so as not to rush the technology, eventually gave way to a decision to launch the F-35 with limited software capabilities. The decision to push the program forward was due to concern that an open-ended deadline would hurt F-35 sales, argues Axe.

“By the Air Force’s own reckoning, the F-35A with Block 3i software wouldn’t be able to fight in the most dangerous environments without unacceptable risk to its pilots,” Axe writes. “Where before the Air Force required that its Initial Operational Capability F-35s be capable of offensive air-to-air missions and the suppression of enemy air defenses in a heavily opposed ‘anti-access’ environment, under the new planning the initial F-35s would be suitable only for ‘basic’ close air support and other ground-attack missions and ‘limited’ defense-suppression — and none of it in anti-access airspace.”