The Military Is Pushing Out Its Best And Brightest Officers

Before the military can implement Secretary of Defense Ashton Carter’s vision of a “force of the future,” it has to... 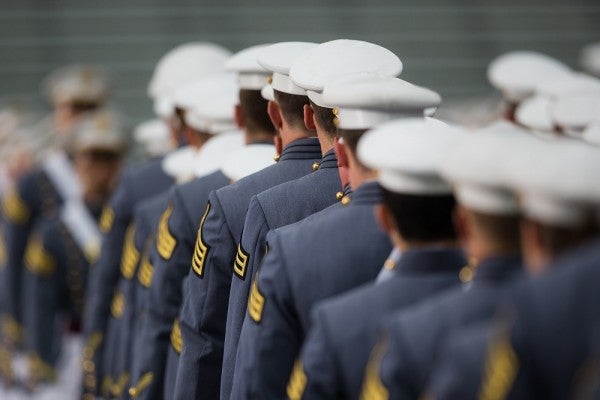 Before the military can implement Secretary of Defense Ashton Carter’s vision of a “force of the future,” it has to figure out why it’s losing so many talented people. In a Nov. 5 article for the Atlantic, David Barno and Nora Bensahel look at what must be changed if the armed services want to recruit and retain the very best.

“The military does not even attempt to measure the ‘quality’—by any definition—of those that are leaving, or have already gone,” they write. “If the best military in the world doesn’t care whether it will be led by the best people in the world, something is fundamentally wrong.”

While there is always a steady influx and loss of junior officers in the military, the number of officers separating in recent years and why is disconcerting. A 2010 survey of Army officers found that just 6% agreed with the following statement: “The current military personnel system does a good job retaining the best leaders.”

Among the personnel management changes proposed by Carter include getting rid of the “up or out” system, improving flexibility between civilian and military careers, establishing set career tracks based on expertise and skill, and improving parental leave and other family policies.