A new trailer is out for “Logan,” which is being billed as the final time Hugh Jackman will be taking... 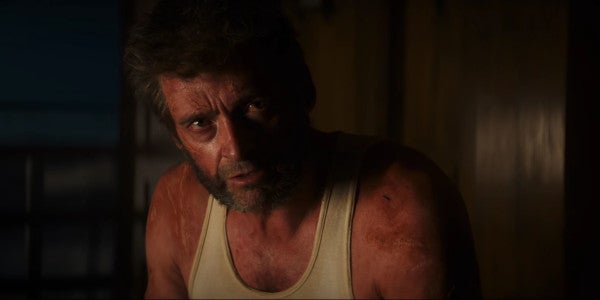 A new trailer is out for “Logan,” which is being billed as the final time Hugh Jackman will be taking on the role of the titular character. This marks the tenth time he’s appeared as the character, which is a longer tenure than even any actor’s run as James Bond — Roger Moore has the most at 7. Consider that the first X-Men movie, released in 2000, was the starting point of the superhero movie, “Logan” looks to be an end for the character that began the genre.

“Logan’s” story looks to focus around him safeguarding a young girl who has similar powers, as they travel cross country while being pursued by half-robot villains. As seen in other examples, Logan aims to save the child from repeating the mistakes of his own violent past.

RELATED: In New Wolverine Movie, Anyone Can Die, Even Logan »

The new trailer arrives with a couple surprises. There used to be a thing called “red-band” trailers, where a movie would release a trailer online that’s not “safe for theaters,” so it’d show some curse words, blood, and nudity. Here that’s been dispensed with and the cast is shown dropping quite a few ‘fucks’. More notably is the promise of some real visceral action and violence. Characters will get bloodied, limbs will get sliced off, and none of it will be pretty. This trailer makes clear that Fox used Deadpool’s success to go for a hard R-rating.

Considering that it’s been more than a decade since Hugh Jackman first donned the claws, most of the kids who saw the first X-Men movie are now looking at 30 anyway.