Trump May Be Neglecting One Of Terrorism’s Biggest Channels

President Donald Trump has defended his controversial efforts to implement a temporary travel ban that would bar entry to the... 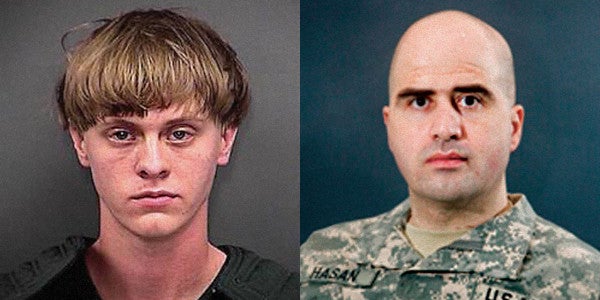 President Donald Trump has defended his controversial efforts to implement a temporary travel ban that would bar entry to the United States for some residents of Muslim-majority countries,saying “this is about terror and keeping our country safe.”

“We can't allow people coming into this country who have this hatred of the United States,” Trump said ina campaign-trail interview with CNN’s Anderson Cooper.

Buta new report from the bipartisan Washington Institute warns that the United States is dangerously ill-equipped to defend against a sort of terrorism that Trump’s policy wouldn’t prevent: rising homegrown extremism. The United States, according to the report, lacks a system for identifying and defusing homegrown terror threats:

…any serious and effective effort to counter the extremist ideology driving groups like the Islamic State and al-Qaeda must be part of a larger strategy to prevent and counter the full range of Islamist and other extremist ideologies posing security threats to the United States.

Comey agreed. “These homegrown violent extremists are troubled souls, who are seeking meaning in some misguided way,” the FBI director said. “And so they come across the propaganda and they become radicalized on their own, sort of independent study, and they're also able to equip themselves with training again through the Internet, and then engage in jihad after emerging from their basement.”

Homegrown terrorism is a growing threat even among Islamist terror networks, according to the report. There were 101 federal indictments for terror charges related to the Islamic State between March 2014 and June 2016. Of those 101 cases, 78 involved defendants who were born in the United States.

One of the clearest examples of homegrown terrorism — one that’s especially weighed on service members — is the shooting rampage byArmy Maj. Nidal Hasan, a Muslim who was born from the United States to Palestinian parents. (Palestine is not a country addressed by Trump’s travel ban.) On Nov. 5, 2009, Hasan walked into the Soldier Readiness Center on Fort Hood, Texas, and killed 13 American soldiers, wounding 32 more. By his own admission, Hasan was radicalized through the internet and contact with a top al Qaeda cleric, Anwar al Awlaki — also a U.S. citizen, born in New Mexico.

Another example isDylann Roof, an avowed white supremacist who on June 17, 2015, walked into a historically black church in Charleston, South Carolina, and opened fire on the members of a bible study after sitting with them for roughly an hour. He killed nine and wounded one. He was not a member of an organized group, but frequented white supremacist message boards, and penned an online manifesto about his deadly intentions.

And then, of course, there werethe deadly actions of Rizwan Farook and his wife Tashfeen Malik. On Dec. 2, 2015, they walked into the Inland Regional Center in San Bernardino, California, where they killed 14 and wounded 22 more before leading police on a suicidal crosstown chase. Farook was born in the United States to Pakistani parents; Malik was born in Pakistan and immigrated to the U.S. as a lawful permanent resident to be with her husband. Pakistan — the Taliban’s original refuge and the nation where Osama Bin Laden was hiding — also is not included on Trump’s travel ban list.

Trump first proposed barring all Muslim immigrants from the U.S. just five days after the attack in San Bernardino, despite the fact that such a ban wouldn’t have prevented Farook, at least, from moving freely around the country.

Indeed, of the 11 largest acts of terrorism in the United States since 9/11 — acts in which more than five people were killed — not one was perpetrated by an actor who was found to have direct ties to a terror organization or network. Most were “lone wolves” with organizational sympathies.

In 2013, the conservative Heritage Foundationpublished a study of 60 “Islamist-inspired” terrorist attacks since 9/11, and found that 49 of them were “homegrown” terror plots. “The best way to protect the United States from the continued threat of terrorism is to ensure a strong and capable domestic counterterrorism enterprise,” the Heritage Foundation study asserted.

That’s echoed in the policy proposals in the Washington Institute’s study, which call for an “architecture that more effectively balances and addresses both national security and community cohesion concerns, builds trust among all stakeholders, confronts all forms of violent extremism threatening communities across the country, and is programmatically sustainable and scalable.”

What would such a counterterrorism framework look like? The answer isn't simple. But it's likelier to be more effective than Trump's travel-ban band-aid.

To that end, the report also cites a statement from former Boston Chief of Police Edward F. Davis III, who led the Boston Police Department amid the 2013 Boston Marathon Bombing, another act of homegrown terrorism from radicalized immigrants of a nation not included in Trump’s proposed travel ban.

Testifying before Congress on counterterrorism in January 2017, Davis said, “More than ever before, relationships between law enforcement partners, stakeholders and community members need to be in place to prevent attacks.”