Trump’s First Act As President Clears The Way For Mattis 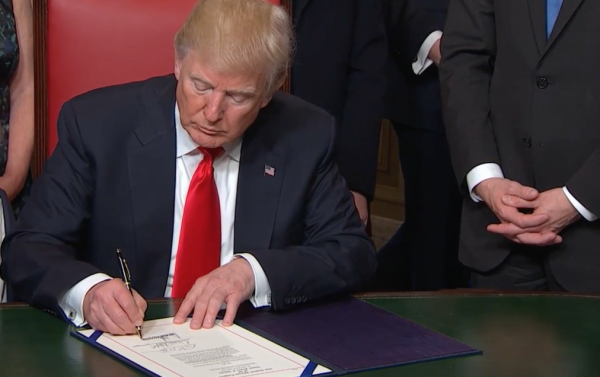 Donald Trump’s first act as president of the United States was to sign a law granting a waiver to allow retired Marine Corps Gen. James Mattis to serve as Defense Secretary.

JUST IN: Trump's first act as president is signing law allowing Mattis to serve as as Defense secretaryhttps://t.co/Vhi6ExgWPM pic.twitter.com/cycEyQ9Y78

Mattis, who retired from the military in 2013, did not meet the requirement for any veterans seeking to serve as the Secretary of Defense to wait seven years. He is the first nominee to be granted a waiver since Army Gen. George Marshall was appointed to the position in 1950.