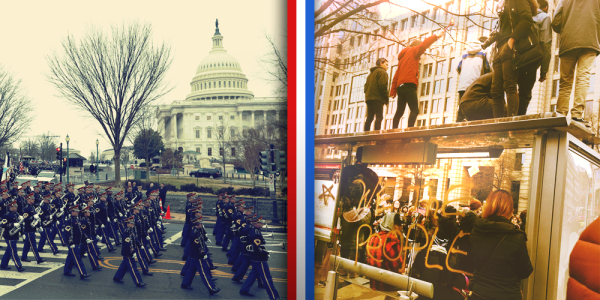 For Task & Purpose, senior staff Adam Linehan and reporter Jennifer-Leigh Oprihory both spent Inauguration Day in Washington, D.C., capturing the mood on the ground during this historic transition of power. Adam spent the day with veterans groups that were marching in the inaugural parade, while Jenn covered the protests and violence that broke out between crowds and police downtown. Their accounts on Twitter as a timeline paint two very different pictures of America’s response to the presidency of Donald Trump all of which took place within a couple blocks of each other.