A United States Marine shot a Navy corpsman in the face and his only punishment was a $10 fine for... 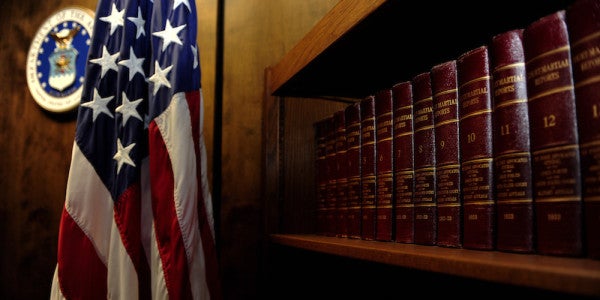 A United States Marine shot a Navy corpsman in the face and his only punishment was a $10 fine for making false statements. This is the end result of a criminal case that languished for years in the Marine Corps before it eventually saw the inside of a federal courtroom, almost seven years after the shooting occurred. In February 2008, Michael John Carpeso, a Navy Corpsman was shot in the eye, which he eventually lost, by Cpl. Wilfredo Santiago.

The military-justice system failed because of a series of inexcusable errors in the investigation and military prosecution of the case. Only after the Marine Corps lost jurisdiction over Santiago did the Department of Justice take the case to federal court, which eventually resulted in this paltry fine six years later, and no other punishment. The Department of Justice reluctantly advanced the ball that was dropped by the Marine Corps, yet no commander or senior legal advisor was held accountable for the egregious failure. The Marine Corps did nothing to hold Santiago accountable, nor did the Marine Corps hold Santiago’s commanding officer accountable for failing to take any action against him for shooting the corpsman.

So much for the swift punishment and enforcement of military discipline promised by the Uniform Code of Military Justice, and lauded by proponents of maintaining the status quo in the military-justice system. So much for the concept of command accountability, often wielded like a cudgel when convenient for the service’s senior leaders, unless the potential target is a member of the club of generals, a favorite son field grade officer, or the offspring of a former general.

In other words, accountability is really important — sometimes, for some of us, but not all of the time for all of us.

Since 2013, there has been a concerted effort to reform the military-justice system and the statutory code comprising the UCMJ. This effort has been led by Sen. Kirsten Gillibrand of New York. Central to Gillibrand’s proposed reforms of the military-justice system is the Military Justice Improvement Act, which seeks to reform military justice by moving “the decision whether to prosecute any crime punishable by one year or more in confinement to independent, trained, professional military prosecutors.”

During the hearing, senior officials defended keeping the chain of command responsible for the decision to prosecute crimes based on the accountability of commanders. Senior military leaders make much of the “accountability” of military commanders if they fail to effectively enforce military justice. During the SASC hearing the testimony of senior military leaders was unanimous on this point.

In 2014, the bill championed by Gillibrand, which would have removed the chain of command from prosecuting sexual assaults and other major crimes, failed to garner enough votes to overcome a filibuster.

Despite the testimony of these senior military leaders, commanding officers frequently are not held accountable for their failures to enforce discipline using the military-justice system. The Santiago case — a series of foreseeable and avoidable missteps, miscommunications, and outright derelictions, which resulted in zero accountability for any senior officer on whose watch these preposterous errors occurred — blatantly illustrates this point.

Santiago’s case was never referred for trial by court martial. No other disciplinary or administrative measures were taken against him to the point that Santiago — having shot his shipmate in the eye — received an honorable discharge from the Marine Corps. Because of the failures by the Marine Corps, and his resulting honorable discharge, the Santiago case eventually fell to United States attorney for the Southern District of New York for prosecution. The Marine Corps had lost jurisdiction by failing to place Santiago on legal hold, a simple administrative action that would have prevented him from being discharged until his criminal misconduct was resolved.

In December 2013, the presiding federal district court judge, Colleen McMahon, took the Marine Corps to task for failing to hold Santiago accountable for shooting Carpeso in the face. Because the Marine Corps failed to prosecute Santiago, and the resulting inability to locate the only other witness to the shooting, McMahon dismissed the charge of reckless assault. The remaining charge against Santiago was making false statements to government agents in connection with the shooting.

Santiago was convicted of making false statements and sentenced by McMahon. She declined to impose any prison time, and rather, imposed a fine of $10. She arrived at this figure by adding $1 for every minute that passed before Santiago admitted to NCIS that his gun had gone off, after he first claimed to not know the origin of the gunshot.

Vincent R. Stewart has been nominated, Senate-confirmed, and promoted three times since the shooting, including most recently to lieutenant general. This despite Stewart being identified as failing to take action in Santiago case, both in McMahon’s opinion and the Marine Corps investigation.

It is clear that “accountability” was little more than a convenient talking point for Amos during his testimony before the Senate Armed Services Committee. For if not, there was a monumental failure to hold Stewart accountable for his failure to prosecute Santiago. Either way, there is a serious disconnect between Amos’s testimony and the realities in the Santiago case.

Retired Marine lawyer Robert Gray Bracknell noted, “The only person in this entire saga who suffered any real detriment is the young Corpsman who lost his eye. Virtually everyone else involved has been left whole and intact.”

The Santiago case was not factually difficult. Within days of the shooting Santiago confessed, forensic evidence conclusively determined that Santiago’s weapon fired the bullet that was recovered near the scene of the shooting. There was also the victim with a bullet wound that resulted in him losing his eye. The entire factual investigation was concluded within two months of the shooting. Nonetheless, no court-martial was ordered and Santiago was never held accountable by the Marine Corps. Rather, because of inaction by Stewart, Santiago received an honorable discharge.

Gillibrand, and other members of the Senate Armed Services Committee, should demand answers for the failures in the Santiago case, and in the future should require verifiable data about commanding officers being held accountable for failing to enforce violations of the UCMJ. If not, this hollow rhetoric about accountability will be repeated during the next hearing on legislative changes to the military-justice system.