One of my earliest memories is ribs. Hot off my father’s reliable Weber grill, glistening with fat and sinew and... 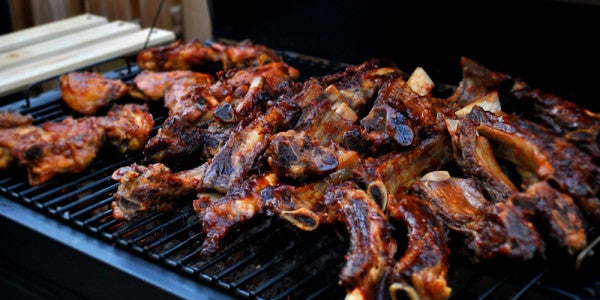 One of my earliest memories is ribs. Hot off my father’s reliable Weber grill, glistening with fat and sinew and cloaked in the tantalizing aroma of smoke and seasoning, it’s as though my life was meaningless before my first taste of barbecue, that primal collision of fire and meat that’s as old as mankind. The only people who don’t appreciate the universal appeal of barbecue are vegans and hippies; for everyone else, the power of grilled meat is an undeniable fact of life.

It’s that universal love of meat that inspired “Barbecue,” perhaps the greatest love letter to the ancient art of grilling meat in recent memory.

Filmmakers Matthew Salleh and Rose Tucker spent two years in 12 countries exploring the universal appeal of the fire-roasted shank of tissue and sinew, a journey that took them from Texas and Australia to Sweden and Syria. And what they found shouldn’t surprise anyone who, like me, has sank their teeth into a tender piece of mutton: Delicious tastes the same in every language.

“Barbecue is this perfect combination of tradition, community and culture,” Salleh told Reuters in an interview shortly before the film premiered at the South By Southwest festival last week. “We have vegetarians who have seen the film and you cannot deny the cultural significance in the world of eating meat over the fire.”

Of course, they can’t: As “Barbecue” shows, a fine piece of grilled meat is about way more than attaining a food-induced Nirvana. And that’s a deliberate choice by the filmmakers. “Every culture has some form of barbecue,” they explain. “But what is it about cooking meat over fire a thing that brings communities and families together? Barbecue is a tool for celebration. It is the pride of nations. It is something that transcends cultural differences.”

Don’t just take it from Salleh and Tucker, of course. “Barbecue” is already garnering some overwhelmingly positive reviews for its mind-bending look at how the world prepares its meat.

“It’s hypnotic to watch Mongolian yurt-dwellers make boodog by piling hot stones into hollowed-out carcasses and cooking the meat from the inside, and Mexican farmers burying their spit in the ground,” explains Eric Kohn at IndieWire. “When the movie finally arrives in rural Texas, the traditional American style of sliced meats is just one small fragment of a bigger picture.”