The popular military satire site, the Duffel Blog, pokes some fun at a military that tends to take itself far... 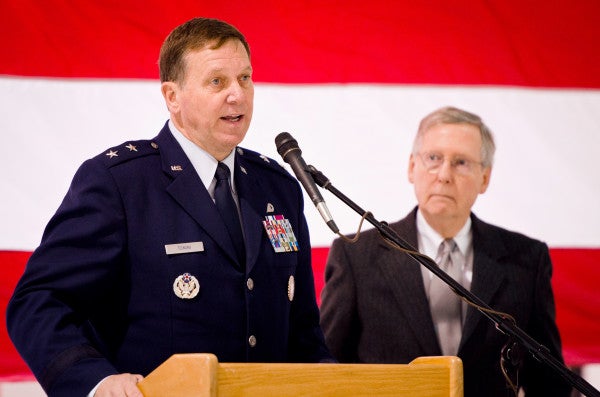 The popular military satire site, the Duffel Blog, pokes some fun at a military that tends to take itself far too seriously.

But perhaps the best thing about satire is that the same sort of people who take themselves too seriously also often fail to recognize the joke.

And on a couple of occasions, Duffel Blog nailed real fears or ignorances that people have with such accuracy that the posts were mistaken for actual news. We’ve picked out a couple of the best ones.

In October 2012, the Duffel Blog posted a piece that claimed that detainees at the U.S. Naval Facility in Guantanamo Bay, Cuba, were going to begin receiving G.I. Bill benefits.

The whole thing was ridiculous. A fictional DOD spokesman, Wesley Manheim, even claimed it was an interrogation tactic by subjecting the terror suspects to the horrors of the Department of Veterans Affairs.

“By allowing the detainees to use the Department of Veterans Affairs, we hope to completely crush their souls with bureaucracy, which to be noted, is completely different from torture,” he said in the piece.

That did not, however, stop the Senate Minority Leader, Sen. Mitch McConnell (R-Ky.), from believing the story.

McConnell wrote to the DoD for more information on the program, on behalf of a concerned constituent.

“The very idea that the U.S. government would extend GI Bill benefits to enemy detainees is a patent absurdity,” Army Lt. Col. Todd Breasseale, a Pentagon’s spokesman, said at the time.

In August 2012, the Duffel Blog wrote that the Army was replacing the bayonet with a ballistic tomahawk, whatever the hell that means.

The next day, Jesus Diaz, a reporter for Gizmodo, the tech element of Gawker, wrote the same story, apparently believing the fake general quoted in the article, who said:

“Following the general trend of mounting stuff under the barrel of M16s, we have attempted to create something truly versatile. Our researchers felt we had reached the limits of physics and reason with under-the-barrel mounting technology.We had to look for less obvious attachment positions. This is the culmination of those efforts.”

Diaz’s post is still up on Gizmodo, but now all the text has been replaced with strike-through text and there’s an awkward apology at the end where Diaz says “The problem with the US military is that sometimes their contraptions get so wacky that I can believe anything they say.”

But this highlights an actual disconnect between the media and the military, particularly in the age of digital media, where reporters think it’s easy to write about something that they have no understanding of or background in.

Look, Diaz, I understand it may be too much to ask you to fact-check, but maybe just look and make sure you’re not citing a post written by a guy named “armydave.”

Military Absentee Ballots Delivered One Day Late, Would Have Swung Election For Romney

After the 2012 election the Duffel Blog published a post claiming that hundreds of thousands of absentee ballots from troops overseas arrived “just hours after the deadline,” and that they would have swung the outcome of the 2012 presidential election in favor of Mitt Romney.

Though none of it is true, the story of what happened to the ballots is a wonderful epic. The ballots were mislabeled as ammunition and sent to Afghanistan. They were dropped overboard during a delivery to the USS Kearsarge. They were pocketed by postal clerks in Bahrain. Their flight was delayed a month so the crew could get extra combat pay.

The story was passed along on conservative blogs, and was tweeted about by conservative comedienne Victoria Jackson on a rant about how “America died.”

An Ohio television station got so many calls about the story that it aired a segment debunking it. Seriously.