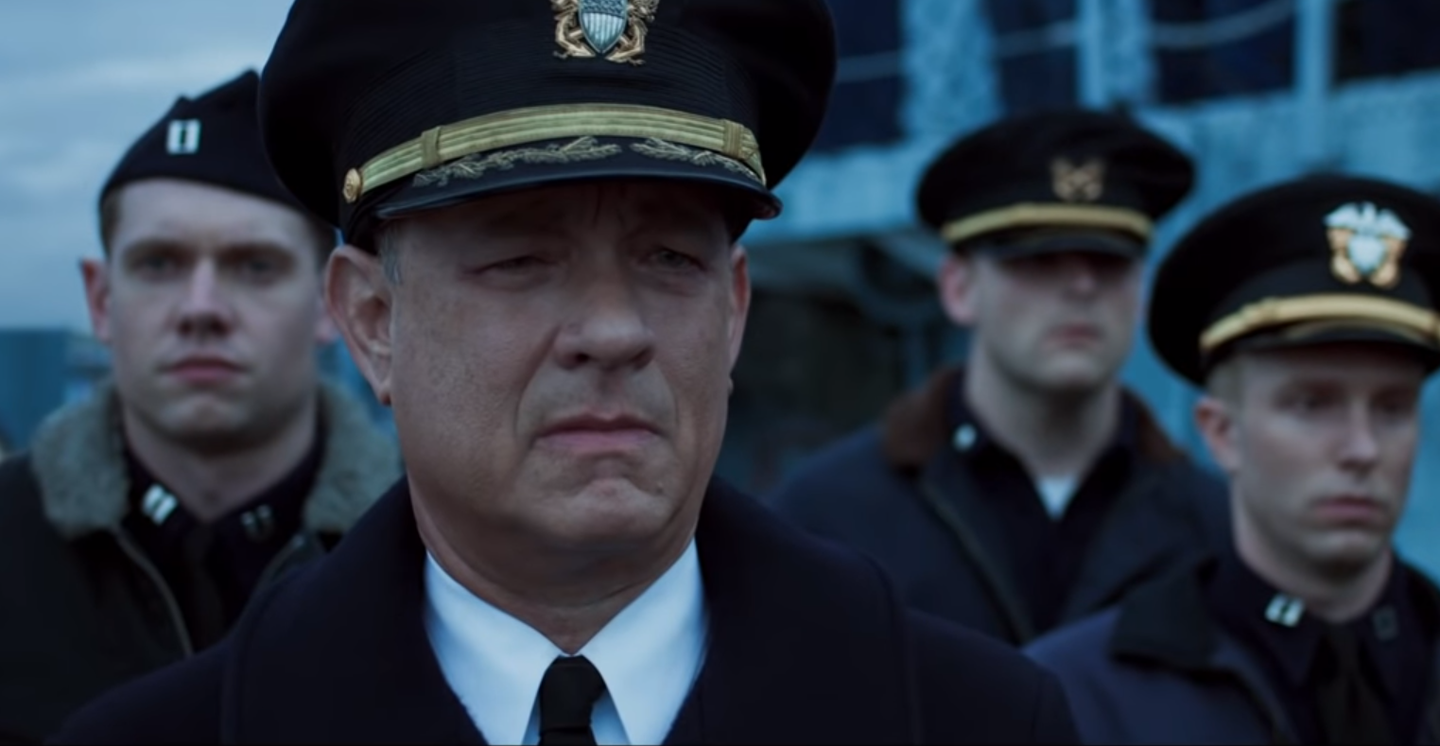 With Greyhound, Hanks stars as Cmdr. Ernest Krause, a naval officer in the early days of the war whose Navy destroyer, the USS Keeling, is tasked with escorting a convoy of 37 Allied ships across the Atlantic ocean, where they're hunted by German U-Boats.

The script, which Hanks helped write, is based off of The Good Shepherd, a novel by C.S. Forester. In the original source material, Krause is a career Navy officer, but the mission marks his first war-time post as a ship's captain — which draws some nervous glances from his crew when he announces that fact in the trailer.

Their concern is justified: As they move further out to sea, they'll be without air cover, entirely on their own, and they're being hunted.

In the trailer, the crew of the USS Keeling, code named “Greyhound,” spot a German submarine, and after a few tense action sequences, the enemy ship is destroyed.

Next it cuts to the bridge, where the crew receives a message from a German submarine commander who menacingly wishes the crew “good luck surviving the night,” before their sonar lights up like a Christmas tree.

Then it's back to non-stop action and an insanely close call with an incoming enemy torpedo, as Hanks tries to instill confidence in his crew when he proclaims that they'll “rain hell down from on high.”

If the trailer is any indicator, Greyhound is sure to be tense and fast-paced. And it should be: I'd be hard-pressed to imagine a scenario more terrifying than being hunted by a dozen or so enemy submarines with minimal support in contested waters.

But given Hanks' past work on numerous military projects — Band of Brothers, and Saving Private Ryan to name just two — it seems likely that Greyhound will strike a balance between all-out-action, dramatic storytelling, and thoughtful character development.

Greyhound was originally scheduled for release on May 8, however that date was pushed back to June 12, according to The Hollywood Reporter.