This is a list of British war movies that I found interesting. They are mostly not in the literary film... 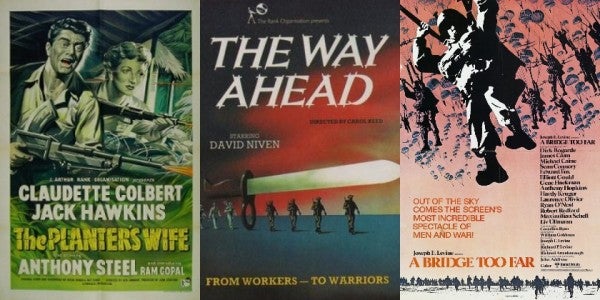 This is a list of British war movies that I found interesting. They are mostly not in the literary film genre, but I like them in many cases because they touch on war in unlikely locales. A few are spy/military combos. It is not a “Best British War Films” list; it is an eccentric sampler of British war films that curious TLMers might explore.

A few (Dam Busters, Bridge Too Far, Zulu) are standbys that everybody knows. I tried, however, to avoid the Hollywood-esque UK films like Bridge over the River Kwai and Guns of Navarone. While technically British, they were produced as though they were American films.

‘Kriegsakademie’ is the nom de guerre of a longstanding Anglo-American participant in The Best Defense and Long March discussion who has shaken more sand (and Laotian biting insects) out of his shorts that most of us have walked on. He looks forward to Kahiko’s additional thoughts on the subject of British war films.