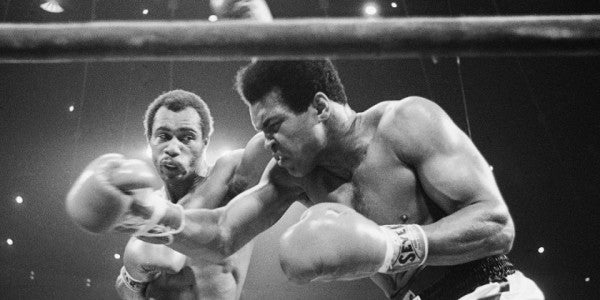 Ali died in June 2016 after a battle with Parkinson’s disease that lasted decades. In a statement announcing his new project,Burns called Ali — who was more than a fighter, and also played an important role in the civil rights movement and in anti-Vietnam demonstrations — “maybe the most iconic figure of the 20th century.”

“He arrived at exactly the right moment, amidst the tumult and upheaval of the 1960s, and he shaped his times with his powerful voice, mesmerizing presence, and achievements in the ring,” Burns added.

Burns’ daughter Sarah, who is directing the documentary with her father and David McMahon, added, “Muhammad Ali’s passing last year gave us reason to celebrate his boxing feats as well as his contributions as an ambassador for human rights, and as a voice and symbol of pacifism. But it’s easy to forget how divisive a figure he was, proudly associating with the Nation of Islam, refusing induction into the Army before the Vietnam War had become deeply unpopular.”

Burns isknown for creating iconic documentaries of American stories. Among his most famous works are “The Civil War” and “The War” (about World War II).

Burns’ two-part, four-hour documentary about Ali is expected to be released in 2021.