Ken Burns Is Finally Making A Documentary On The Vietnam War

A new PBS documentary film series is looking at one of the most divisive wars in American history. “The Vietnam... 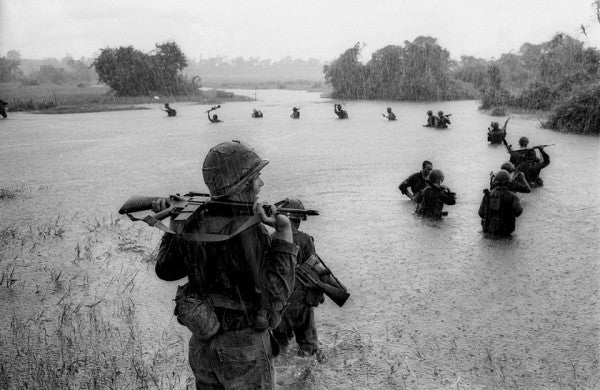 A new PBS documentary film series is looking at one of the most divisive wars in American history. “The Vietnam War” is a 10-part documentary series that tells the story of the era-defining conflict over 18 hours. Filmmaker Ken Burns and director Lynn Novick spent six years working on the upcoming series, with accounts from more than 100 witnesses.

“The Vietnam War was a decade of agony that took the lives of more than 58,000 Americans,” Burns said in a press release. “There wasn’t an American alive then who wasn’t affected in some way — from those who fought and sacrificed in the war, to families of service members and POWs, to those who protested the war in open conflict with their government and fellow citizens. More than 40 years after it ended, we can’t forget Vietnam, and we are still arguing about why it went wrong, who was to blame and whether it was all worth it.”

Burns’ upcoming documentary draws extensively from historical footage and images, much like his acclaimed 1990 series “The Civil War,” which returned to PBS in September 2015.

“Borrowing something from Ulysses S. Grant's tenacious military strategy, Burns stages a relentless, multifront assault on viewers' emotions,” James M. Lundberg, an assistant history professor, writes in Slate. “Working in the soft glow of nostalgia, he manages to take a knotty and complex history of violence, racial conflict, and disunion and turn it into a compelling drama of national unity.”

“The Vietnam War” features interviews from those on both sides of the conflict, as well as civilians caught in the middle of the war.

“We are all searching for some meaning in this terrible tragedy. Ken and I have tried to shed new light on the human dimensions of the war by looking at it from the bottom up, the top down and from all sides,” Novick said in the release. “In addition to dozens of ‘ordinary’ Americans who shared their stories, we interviewed many ‘ordinary’ Vietnamese soldiers and noncombatants in the North and South, and we were surprised to learn that the war remains as painful and unresolved for them as it is for us.”

“The Vietnam War” will air on PBS in September 2017. The documentary series will also feature additional content on the series’ homepage.