The New Trailer For ‘Alien: Covenant’ Promises One Hell Of A Film

The new trailer for “Alien: Covenant” has just dropped and it looks sick. Not “sick” as in disgusting — although,... 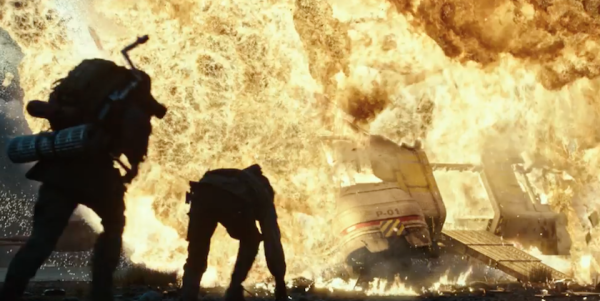 The new trailer for “Alien: Covenant” has just dropped and it looks sick. Not “sick” as in disgusting — although, I certainly wouldn’t describe a slobbering xenomorph with big human teeth as not disgusting — but “sick” the way the kids use the word, to describe something “cool” or “awesome.” See, we're hip here.

Directed by Ridley Scott, the latest addition to the “Alien” franchise centers on the crew of the Covenant as they explore what they believe is an uninhabited planet paradise, which is supposed to be the setting for the first ever off-Earth human colony. The first sign that they’re not alone: a field of wheat. “Who planted it?” one crew member asks. Um, don’t worry. The answer is coming…for you!

Spoiler alert: The planet isn’t paradise. It’s motherfucking hell. Instead of laying the groundwork for a human colony in outer space, the crew find themselves being hunted down by a bunch of bloodthirsty xenomorphs. These humans had one job and they blew it. Now they’re all going to die horrible deaths lightyears away from Earth. Or so it seems. We’ll find out when the film hits theaters on May 19.

Check out the trailer.