The wildly popular television show from the 1990s “Mighty Morphin Power Rangers” is getting a big screen reboot and it... 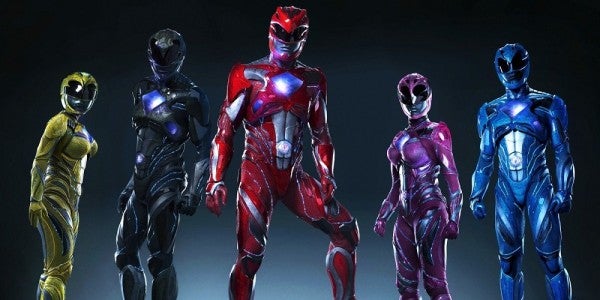 The wildly popular television show from the 1990s “Mighty Morphin Power Rangers” is getting a big screen reboot and it looks a lot darker and moodier than the original. For those who never watched “Power Rangers” because they spent their childhood under a rock or locked in a basement, the campy TV show follows the exploits of a group of high school students (who look like they’re in their mid to late 20s) as they battle the evil forces of Rita Repulsa.

The students take on the mantle of Power Rangers, gain special powers, and take command of massive robots called zords. Under the guidance of some big floating head named Zordon, they wage an independent war against Rita, a space-sorceress who was released from 10,000 years of confinement and is hellbent on conquering the planet.

In the new movie, the kids meet while attending some kind of school-mandated punishment. They’re screw-ups and loners with their own baggage, which is hinted at in the trailer. When Jason (the red ranger) is dropped off at school wearing an ankle monitor amid shots of a totaled pickup truck in a garage, his father remarks: “You know, I don’t think we’re ever going to understand each other.”

In the trailer, the kids stumble across some gemstone looking things, get magical mega powers, tight fitting suits, and then boom, they’re immediately embroiled in a fight against an enemy they never knew existed.

The underlying story is actually incredibly dark and the producers behind “Power Rangers,” which is set to hit theaters in March, appear to be a lot more aware of that than the original TV show was.

Think about it — “Power Rangers” is about a group of socially outcast children who are recruited by an outside actor (in this case a literal alien), given city-destroying machines, special abilities, and co-opted into taking part in an intergalactic war.

The plotline is not unlike that of another incredibly popular science-fiction story: “Star Wars.”

And this theme doesn’t stop with “Power Rangers” or “Star Wars.” There’s also “Transformers,” (both the original cartoon and the reboot with Shia LaBeouf) which is the heartwarming story of a kid who joins up with a group of alien refugees and plunges the world into an intergalactic civil war between two groups of robots who hide from the public’s eye.

In the case of the upcoming “Power Rangers” movie, it’s unclear whether this theme — kids co-opted into fighting for a rebel group or some other non-state actor — will take center stage in the same way it did in this 2015 R-rated and NFSW “Power Rangers” short.

“When two empires declare war, neither side is innocent,” James Van Der Beek says at the beginning of the 15-minute short film, which takes place years after the end of the war with the Power Rangers disbanded, and most of them dead, and the world now allied with their former enemies.

“We were children asked to fight an intergalactic war against an enemy we never met,” Van Der Beek continues. “Let’s stop pretending our side stood on some moral high ground.”

While the newest reboot is unlikely to be as dark as the short, it seems to be aware that the premise, children fighting someone else’s battles, is a little on the fucked up side and so lends itself to a darker presentation. The movie also has Bryan Cranston of “Breaking Bad” as Zordon, the mentor and leader of the Power Rangers, so maybe it will have a slightly more sinister feel to it. Though I doubt the kids will be cooking meth in the basement of their secret Power Rangers base.