Sylvester Stallone may be 70 years old, but he’s still got a few tricks up his sleeve. The legendary actor... 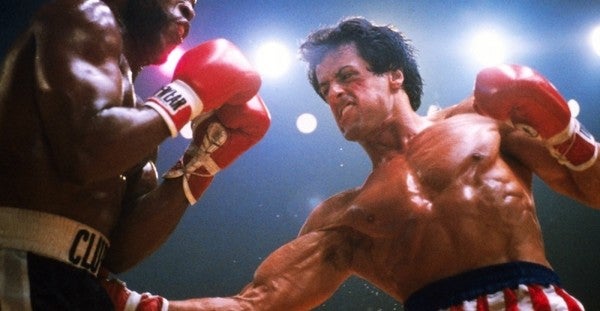 Sylvester Stallone may be 70 years old, but he’s still got a few tricks up his sleeve.

The legendary actor took a break from getting his hair did Wednesday to post several never-before-seen photos from the Rocky franchise for his Instagram followers. Take a look:

The one that’s getting the most attention, however, isn’t just Stallone in all his Balboa glory. The actor shared a shot of himself being hoisted into the air by Hulk Hogan (aka Terry Bollea) on the set of “Rocky III.”

“Another flashback and another reason why it's not such a great idea to always do your own stunts,” wrote Stallone. “I remember a violent move where he threw me into the corner, charged across the ring like an ENRAGED bull and leaped so amazingly high above me, that his shinbone actually came down giant tree on my collarbone, and I tumbled to the floor.”

It wasn’t just Stallone who took a beating. As he tells it, Hogan sent three stuntmen to the hospital after leaping into the audience during the infamous scene, which you can re-watch below:

Stallone seems a bit wistfully nostalgic for his turn as the Italian Stallion, despite his return to the role in 2015’s “Creed”: “Hulk, if you’re reading this, it was a privilege to be mangled by such a gentleman.”