You may be badass, but are you "kicking up propeller vortexes and saluting onlookers with a bow" badass? This pilot sure as hell is 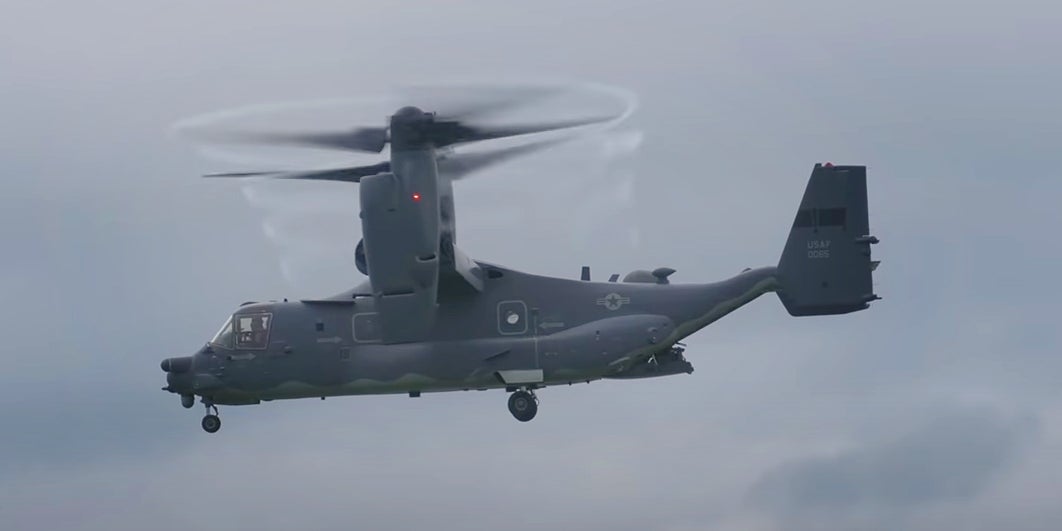 You may be badass, but are you “kicking up propeller vortexes and saluting onlookers with a bow” badass?

These pilots sure as hell are:

The footage was posted to YouTube on Sept. 23 by photographer Dafydd Phillips and first reported on by Dario Leone with The Aviation Geek Club on Sunday.

In the video, a CV-22 with the Air Force’s 7th Special Operation Squadron, 352nd Special Operation Wing, assigned to Royal Air Force Mildenhall in Suffolk, England, can be seen landing and taking off. It’s unclear exactly where the video was filmed, with The Aviation Geek Club writing that it was an “off-base” landing.

As the Osprey hovers mid-air, you can clearly see vortexes spiraling upward from the propellers. The corkscrew-shaped spiral is caused by moisture as it condenses off the rotor-blades as they spin through the humid air, writes The Aviation Geek Club.

It’s also readily apparent that the pilot, and crew, either weren’t in a hurry or just really enjoyed the attention of the nearby photographer because the aircraft lifts off the ground, then pivots right and then left, as if to show off, before tilting forward to give a bow, after which point it takes off.

I mean, it’s not every day you get the tilt-rotor version of a head-nod:

A variant of the Ospreys used by the Marine Corps, the CV-22 is geared toward long-range infiltration, exfiltration, and resupply missions for special operations forces.