A new comic book pays homage to Cpl. Tibor Rubin, a Holocaust survivor whose battlefield bravery during the Korean War was surpassed only by his indomitable spirit. 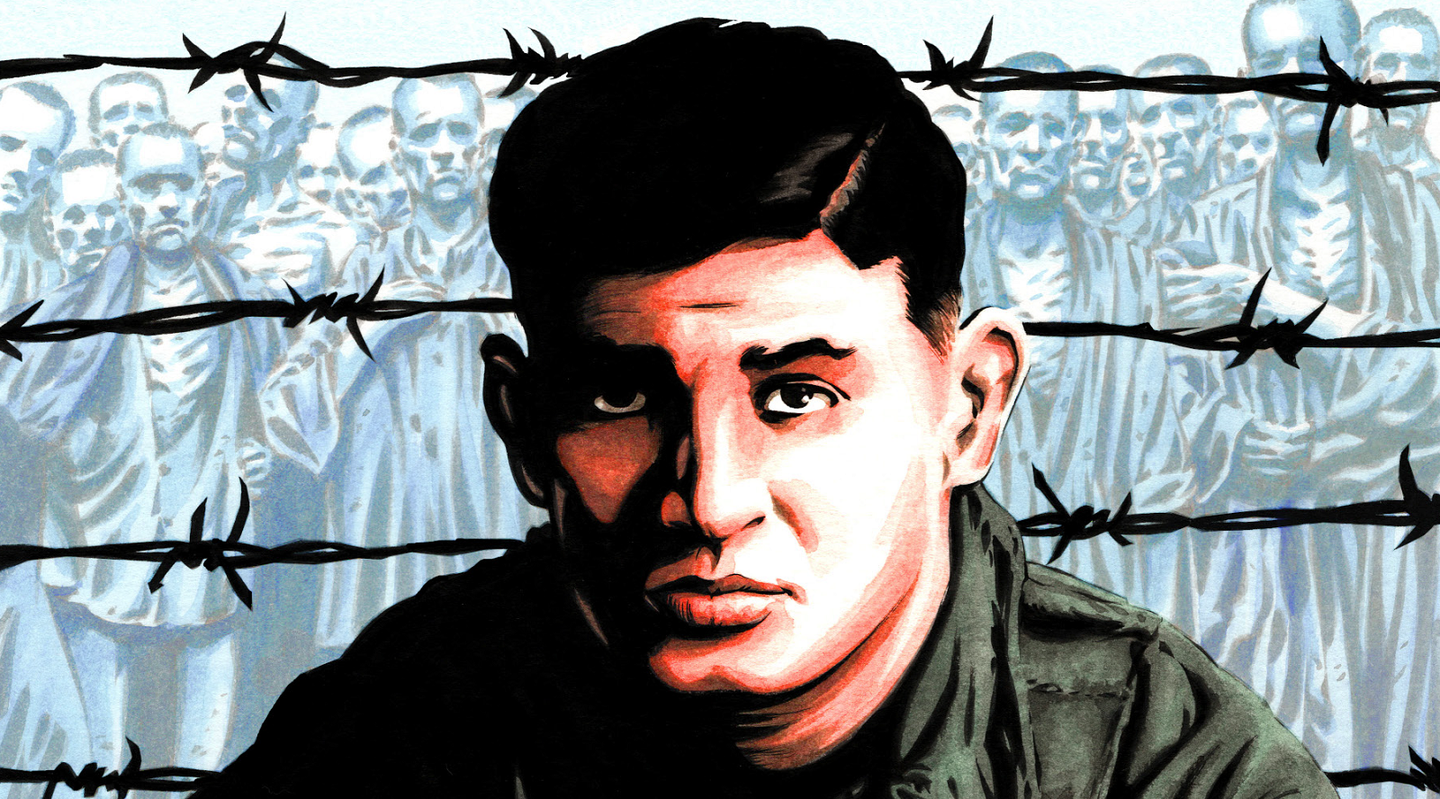 Reading through citations for valor awards can often feel like flipping through the script of an action movie. Each one is littered with examples of heroism.

But sometimes, the almost superhuman acts of courage — both moral and physical — lends itself to a different genre: That of comics.

At least, that’s the case for a new graphic novel on Medal of Honor recipient Cpl. Tibor Rubin, a Hungarian-born Jew who survived the Holocaust, and went on to serve during the Korean War.

Rubin’s courage under fire, where he risked life and limb to cover the retreat of his fellow soldiers, is surpassed only by his selflessness while a prisoner of war, during which time he is credited with saving as many as 40 fellow prisoners.

The free series, including the latest installment featuring Tibor Rubin, can be read online, here.

“It’s ironic because a lot of people’s perception of these people are as superheroes, but as you dig into their stories and come to learn more and more about a typical recipient, they didn’t see themselves that way,” Joseph Craig, the director of AUSA’s book program, told Task & Purpose.

“They are just regular people who act extraordinarily under extraordinary circumstances,” he continued. “And it kind of gives hope that you don’t have to be born with some kind of supernatural ability. This is something that could spring forth from anyone faced with that situation who had the inclination to do the right thing.”

As a child, Rubin was imprisoned at Mauthausen, a Nazi concentration camp in Austria, where he endured the worst of humanity for more than a year. After the camp was liberated by American soldiers, Rubin vowed that if he ever made his way to the United States, he would repay that debt.

In 1950 he enlisted in the U.S. Army and within a year was serving in the Korean War, where he fought like a one-man Army with the 8th Cavalry Regiment of the First Cavalry Division.

While near Pusan in South Korea, his company was ordered to retreat in the face of an overwhelming enemy assault. Rubin alone stayed behind to buy time for his fellow soldiers to withdraw.

Crawling from foxhole to foxhole he pre-positioned stores of grenades, ammunition, and rifles. When the attack came Rubin was ready. For 24 hours he fought alone, firing from one position before scrambling to the next, sowing confusion in the enemy’s ranks long enough for the rest of his company to clear the area, before he too left his fighting position and rejoined them.

And that’s just one of the many acts for which he was awarded the Medal of Honor.

Later, during the Battle of Unsan, Rubin again found himself the sole defender as Chinese and North Korean troops charged the U.S. Army’s position. After three other machine gunners were wounded or killed, Rubin took up the fighting position and once again guarded the rear as his unit fell back.

After Rubin was severely wounded by shrapnel to his hand, chest, and leg, he was captured and taken prisoner in a Chinese prison camp, where he was given a choice: He could return to Hungary or remain a prisoner of war. He elected to stay.

Rubin immediately began sneaking out of the camp at night in search of food and supplies for the other prisoners, many of whom were injured or ill. He broke into storehouses and gardens, gathered medicinal herbs to treat the wounded, and cared for the sick and weary without regard to the dangers he faced.

After 30 months as a prisoner of war, in 1953 Rubin was released in a prisoner exchange, and though many who served with him attested to his battlefield bravery and moral courage while imprisoned, it would be decades before his actions were recognized.

“Rubin’s story — he was the only Holocaust survivor to be recognized with the Medal of Honor — that was kind of the hook that made me look into it a little more,” Craig said. “The more of the story that you find out, it’s remarkable what he accomplished, what he endured, and how he maintained an aura of hope and devotion to this country, his adopted nation.”

The most recent comics to come out of AUSA follow a similar trend and focus on recipients whose actions were overlooked or discounted at the time. Some faced discrimination at home, and within their own ranks, and were treated as second-class citizens despite all they’d given and risked for their country.

In Rubin’s case, his Medal of Honor recommendation was repeatedly delayed due to anti-semitism, specifically on the part of his company’s first sergeant, who frequently assigned the young soldier the most dangerous missions, and then defied orders to process Rubin’s award paperwork, reported the New York Times.

“We started the series back in Fall of 2018 with Alvin York, and that first volume we did Roy Benavidez, Audie Murphy, Sal Giunta — all very well-known figures,” Craig said. “But with this series, for Volume 2, we kind of wanted to focus on people who may have been overlooked in the first place, but were equally deserving of honor, and fortunately the Army and U.S. government and went back and made those corrections.”

The Medal of Honor recipients profiled in the series’ second volume includes Daniel Inouye, who led an assault on German lines in Italy during World War II, even as the federal government questioned the loyalty of Japanese-Americans like him. The latest volume also spotlights Henry Johnson, an African-American soldier who fought with the legendary Harlem Hellfighters of World War I during the era of Jim Crow segregation; and Mary Walker, a Union surgeon who served in the Civil War at a time when women were denied the right to vote and is the only woman to ever receive the United States’ highest award for battlefield bravery.

“Rubin, like Dan Inouye, and Henry Johnson before him, was someone who performed heroically during their conflicts, but it took a while before that was actually recognized,” Craig said. “With everything that’s happening this year with the emphasis on social justice, it’s kind of just a fortunate case of synchronicity where these stories are being told at a time when more and more people are willing to take a look at the issue.”