Patches. We love to see them, we love to wear them. 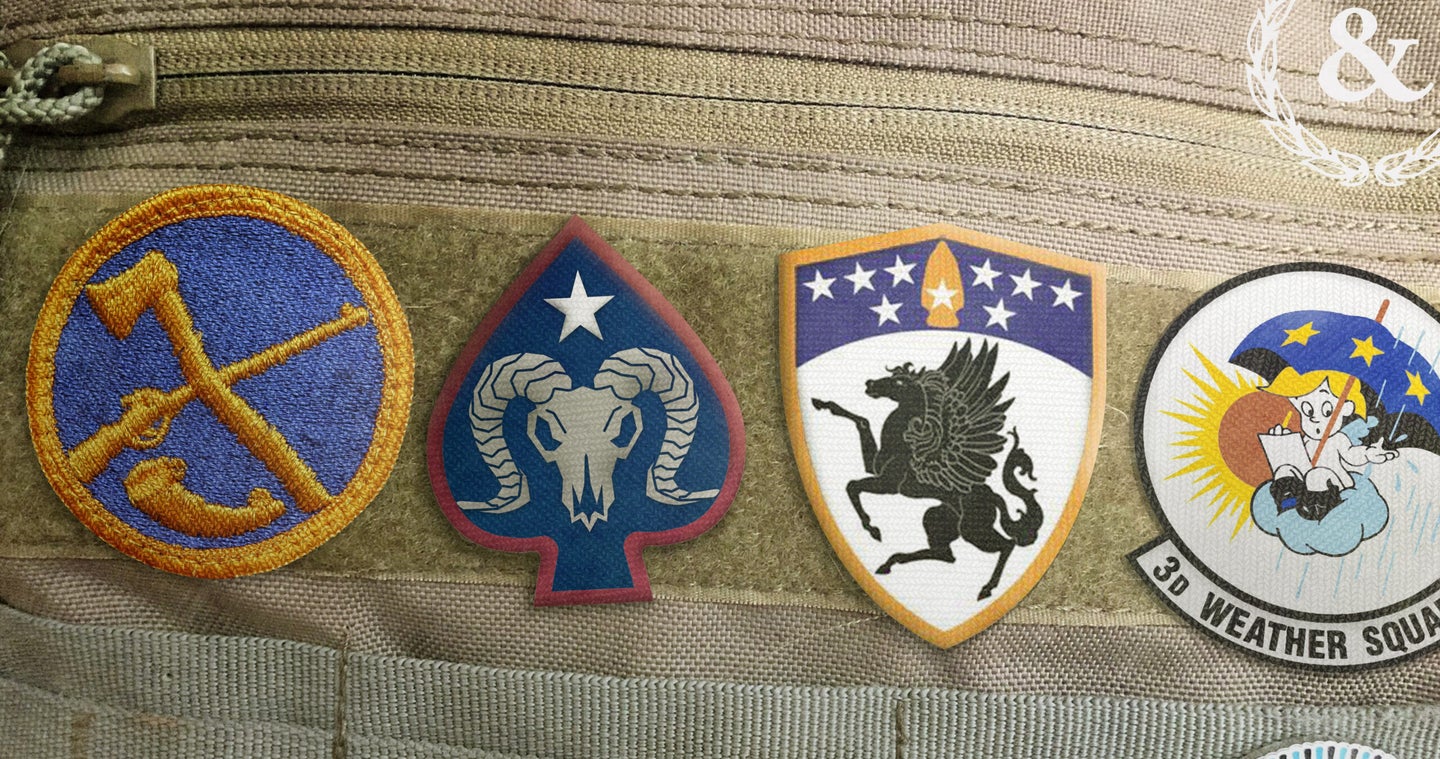 Unit patches. Unless you are in the Marines, chances are you’re wearing them on your uniform at some point. And there are some, often little seen, patches that are just, at the end of the day, badass. Who doesn’t want to walk around with a flaming sword on their shoulder?

So what is the coolest, most absolutely badass patch you’ve ever come across?

Is it a colorful cactus, courtesy of what was once the 103rd Infantry Division and is now the Army Reserve’s 103rd Sustainment Command? Is it a Clint Eastwood-inspired patch like the ones worn by a Marine helicopter squadron? Are you going to be a contrarian and say that you like this one Army human resources unit’s version of the iconic 1st Infantry Division “Big Red One” patch?

Insignia and apparel have always been important to military units. In the United States, for patches worn on the uniform, the history dates back to World War I. With the Army rapidly expanding, the 81st infantry Division started wearing patches with the silhouette of a wildcat on their uniforms, to distinguish the unit. It caught on, and after some deliberation, the commander of the American Expeditionary Force – Gen. John Pershing – authorized all the divisions to create patches of their own. The 42nd Infantry Division chose a rainbow design, as it was recruited from across the country. The 82nd Infantry Division, at the time just another leg infantry unit, adopted the now iconic double-As as the “All American” division. And when that war ended, the patches were here to stay, Marine Corps exempted.

When it comes to Naval aviation and the Air Force, the patches can get a bit cheekier. They are a bit more unofficial, and the creativity shows. During World War II, Walt Disney was even custom-designined unit unit patches, in case you want to see Daffy Duck and Bugs Bunny dropping  500-pound bombs on Nazis.

At this point, there are countless military units, all with their own patch. What is the absolutely craziest one you’ve seen? Are you in an Army aviation brigade and rocking a pegasus on your sleeve? Are you working on computers but also wearing a lion with lightning bolts shooting out of its mouth? Let us know in the comments below, on social media, or email max.hauptman@taskandpurpose.com, and we’ll round them up for another story showing your top picks.