If you’re wondering how you’ll know if they’re from Texas: They’ll tell you. 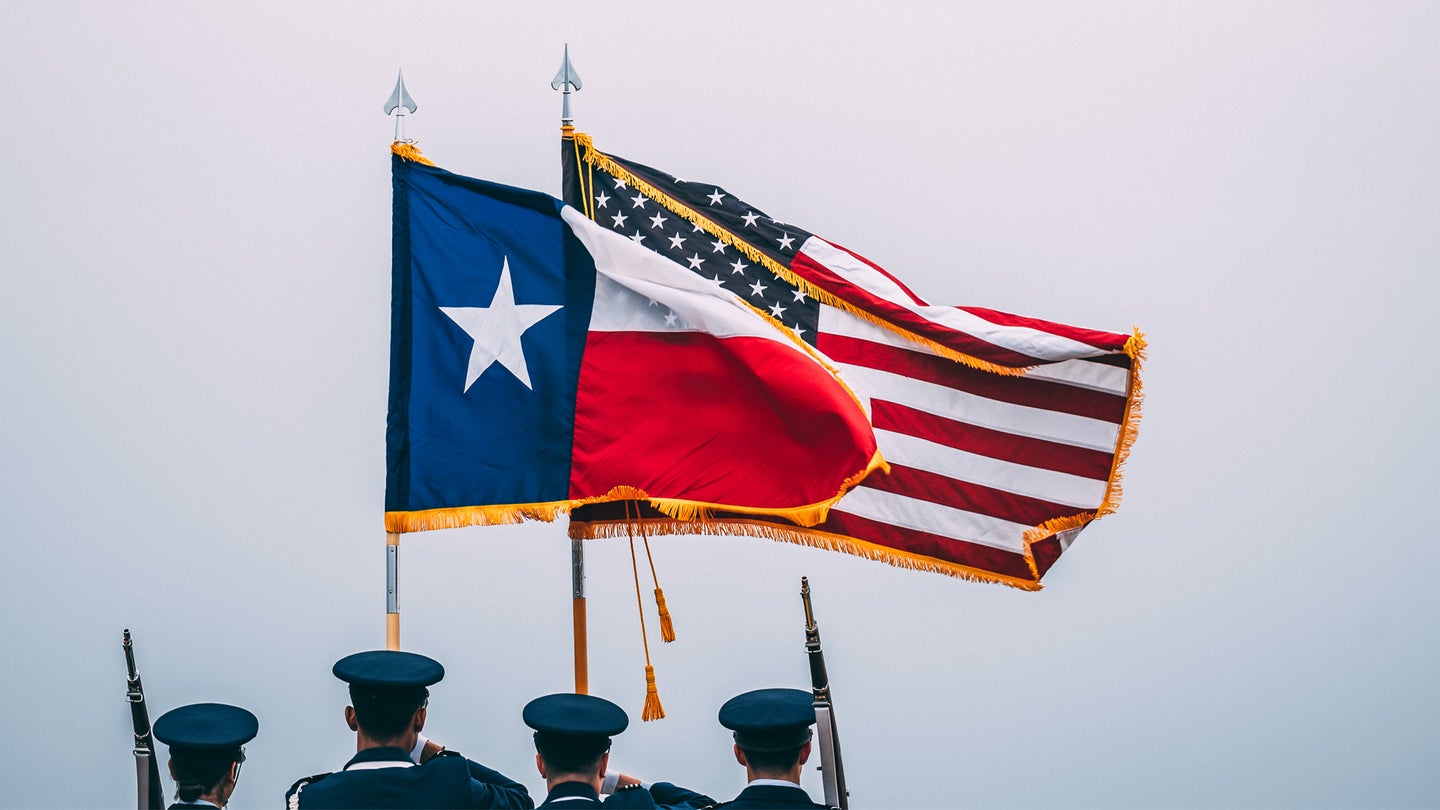 Chances are you’re serving with or at least know someone who won’t shut up about Texas: being from Texas, missing Texas, looking forward to being back in Texas — you get the point. If you’re wondering how you’ll know if they’re from Texas: They’ll tell you.

Frankly, I support them wholeheartedly. While it’s not without its flaws, the state of Texas has a certain allure to it: the food, the wide-open spaces, the diversity of the people, and the ability to experience all four seasons in the span of a day. Did I mention the food? And with no shortage of military installations throughout the Lone Star State, you’ll likely come across a Texan service member more than once.

Sure, it can be annoying when they continuously insist that Texas is better than whatever subpar state you hail from, but getting them one of these Texas-themed gifts will give you an opportunity to say you get it — right before asking them to please stop talking about it.

Here are 10 great gift ideas for the Texan in your life that are sure to put a Texas-sized smile on their face:

This doesn’t even merit an explanation. If they’re from Texas and in the military and they don’t have one already, then this is probably the best gift.

If you’re not in Texas, odds are you’re not close to a Whataburger — a true shame, to be sure. But that doesn’t mean you can’t pretend. Let a custom Whataburger Yeti Tumbler serve as your light at the end of the tunnel, until you’re back in God’s country where a Honey BBQ Chicken Strip Sandwich is just down the road.

There are few things I love more than Torchy’s Tacos. I have fond memories of dragging myself to the nearest Torchy’s in Lubbock after another crushing defeat of our Red Raider football team, soaking up the sorrow with their chips and queso and a Trashy Trailer Park taco or six. Unfortunately, much like Whataburger, the nearest Torchy’s could be states away, so in its absence, this Torchy’s Taco Diablo Hot Sauce will have to do.

In the same way that waffles always taste better when made in a Texas-shaped waffle maker, Texas ice cubes probably make drinks colder. It’s science, or something. Just trust me on this.

The Franklin Barbecue cookbook won’t be quite the same as visiting the famous Franklin Barbecue joint of Austin, Texas, but it could still be a ton of fun and lead to some tasty as hell meals. The “meat-smoking manifesto” published in 2015 will give you the run-down on everything you need to know in becoming your platoon’s reigning pitmaster.

Along with the cookbook, you may as well grab some Uncle Chris’ Steak Seasoning from the Texas family-owned Fiesta Products, Inc., because why the hell not.

I received the Texas Homesick candle as a gift when I left the Lone Star State in 2017, and my God is it good. The subtle notes of leather, pine, and citrus will take you back to wide open spaces, Buc-ees, and 75 mile-per-hour speed limits. Amen.

I was going to recommend a magnet of Tim Riggins or Coach Eric Taylor from “Friday Night Lights” — it’s a babe magnet, get it? — but that may not be everyone’s cup of tea. Instead I’ll stick with a simple “Clear eyes, full hearts, can’t lose” t-shirt to remember the greatest television show to ever exist. Texas forever, right?

This is for when your “woobie” — a poncho liner for those not in the Army — just isn’t cutting it.

Really, can you ever go wrong with alcohol? Whether it’s a case of Shiner Bock or some Lone Star beer, the thirsty Texan in your unit would never turn down a taste of home, especially around the holidays. Does it get better than Shiner Holiday Cheer? I think not.