In 1986, a U.S. Air Force FB-111A ferried a heart transplant from Oklahoma to Connecticut in two hours to save a patient. 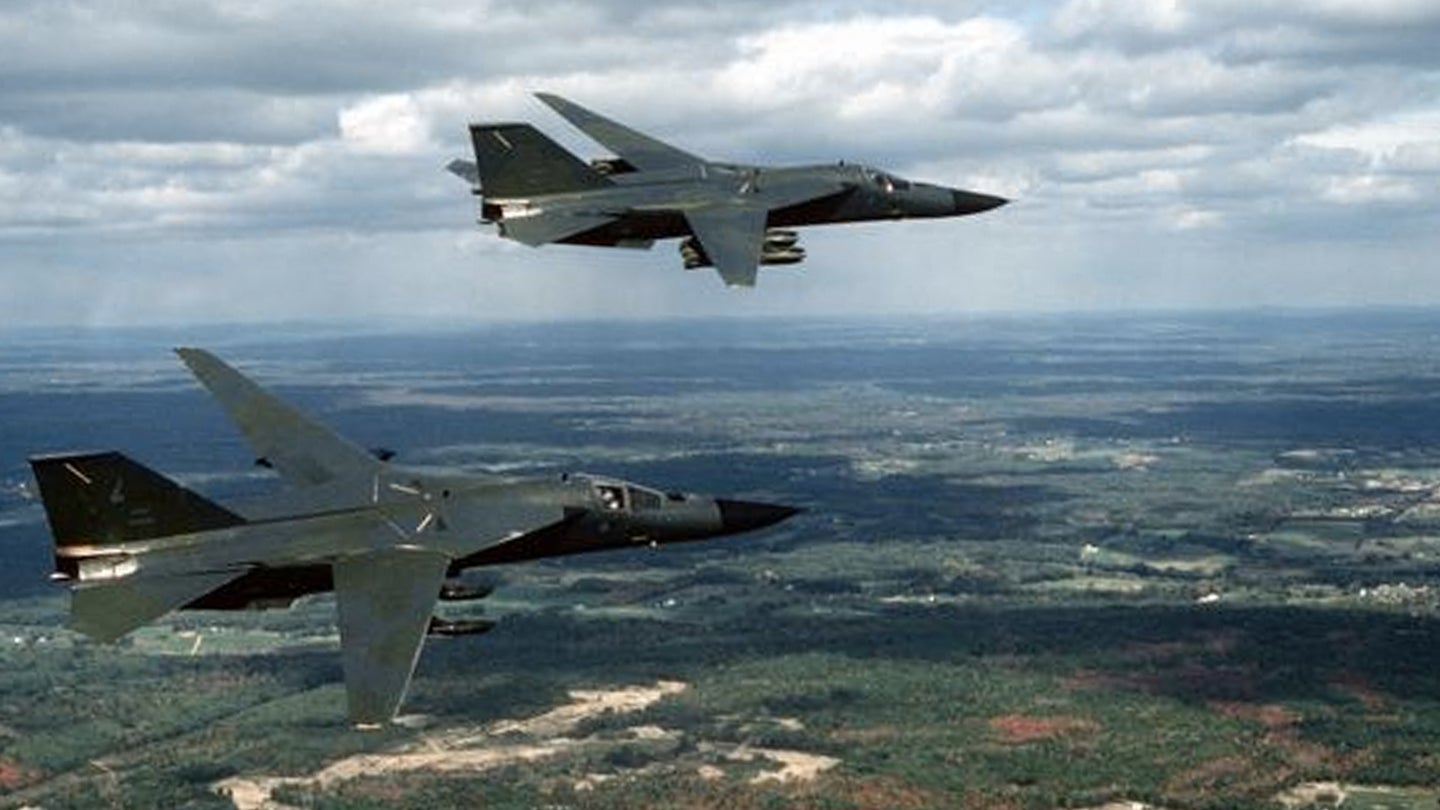 The Air Force FB-111A Aardvark was designed to fly low and fast over enemy territory and drop nuclear or conventional bombs deep behind the lines. But on Valentine’s Day, 1986, the bomber, also called the ‘Dark Vark‘ because of its dark paint scheme, was used for a much less destructive mission. Instead of raining down ordnance, an FB-111A ferried a heart transplant from Oklahoma to Hartford, Connecticut in order to save a 46-year-old New York state resident.

The Air Force was called on because no other transport, not even a private jet, could move the heart to Connecticut within four hours without damaging it, James Battaglio, a spokesman for Hartford Hospital, told the Associated Press at the time. A heart can survive outside the body for four hours, the spokesman explained, and it would have taken at least 3.5 hours for a private jet to fly the organ to Hartford.

It’s not uncommon for military aircraft to be used to help civilians. Any time there are natural disasters, stranded hikers, or injured seafarers, military helicopters and transport planes are often dispatched to help find survivors, ferry them to hospitals and deliver supplies. Air National Guard units, including high-speed jets, report to state governors when they are not mobilized or under federal control, so they too can be ordered to conduct humanitarian missions.

The FB-111A with the heart left Oklahoma at 3 a.m. and landed 1,400 miles away at Bradley International Airport at Windsor Locks, Connecticut, about a half-hour away from Hartford Hospital, at about 5 a.m., Solmonson said. The jet flew at about 700 miles per hour — not far off the speed of sound at sea level — and was refueled mid-flight by the tanker, the spokesperson explained.

Battaglio, the hospital spokesperson, said the recipient, Richard Reinhardt, of Pine Plains, New York was doing well after the transplant surgery. As incredible as the story sounds, it’s not the only time the Air Force served as an ultra-highspeed delivery truck for organ transplants.

The second story started with tragedy when on December 22, 1986, North Dakota residents Steve and Karen McCann’s four-month-old son Michael passed away. Despite their grief, the McCanns decided to save another infant by donating Michael’s heart, the Air Force wrote in a 2007 press release. Fourteen hundred miles away at Stanford University Medical Center in Northern California, five-month-old Andrew De La Pena was in need of his own heart transplant. The infant had a disease that resulted in the thickening of the membrane lining the cavities of his heart, interfering with normal cardiac function, according to United Press International.

A six-person medical team flew to Fargo, North Dakota aboard a Lear jet to pick up the heart, but they were on a tight deadline. Andrew’s doctors warned his parents, Stephen and Deborah, that the window for a viable transplant was four hours, starting at 11:45 p.m. on December 22 when Michael’s heart was removed in Fargo. The heart was set to be flown back to California on the same Lear jet, but one of the jet’s engines failed to start on that cold winter night.

“I’ve done about 150 of these, and this was the first time the plane didn’t start,” Marguerite Brown, Stanford’s transplant donor coordinator, told UPI. “I hope it’s the last.”

But hope was not lost — nearby were two North Dakota Air National Guard F-4 Phantom fighter jets kept on 24-hour alert “in an air defense role, guarding the northern tier of the United States from Cold War attack,” the North Dakota-based 119th Wing wrote on Facebook in 2020. The head of the Stanford team, Dr. Edward Stinson, called then-North Dakota Governor George Sinner to help with the situation.

“When a governor gets awakened at 2:30, it’s usually something bad,” Sinner told UPI. “I was glad it was something I could actually do something about.”

Indeed, “speed is life” was a popular phrase among F-4 pilots, the 119th Wing noted on Facebook, so it probably did not take much convincing to put a Phantom driver on a mission to deliver a heart across the country as fast as possible.

“It took me all of 30 seconds to agree to the special flight,” retired Maj. Gen. Alexander Macdonald, who was North Dakota’s Adjutant General at the time of the flight, told the Air Force in 2007. A few minutes later, 1st Lt. Robert Becklund, the pilot on duty at Fargo Air National Guard Base, got a call briefing him on the urgent mission. Within 30 minutes, he and his two-seat jet were in the air, though his weapons system officer had to stay behind so that the red and white cooler carrying the golf ball-sized heart could sit in the backseat.

In 2007, when Becklund had risen to the rank of colonel and commanded the 119th Wing, he told the Air Force that being called on by the governor “is not an unusual thing …  Our assets are at their (the governors’) disposal and we are ready for them to use those assets for whatever is needed.”

The F-4 Phantom has a cruising speed of 590 miles per hour and a maximum speed of 1,400 miles per hour, according to the Air Force. With that kind of speed, Becklund made the cross-country trip in three hours and 15 minutes, according to UPI. But the trouble was not over yet: by that point, the heart had been outside a body for seven and a half hours, far longer than the four-hour time limit most hearts can survive. Andrew’s mother Deborah was understandably worried.

“I asked the doctors if they had missed their window for success,” she told the Air Force in 2007. “Dr. Vaughn Starnes, a member of the transplant team, looked me in the eyes and said, ‘it’s going to work,’ and it did.”

Andrew had a steady pair of hands overseeing the operation. Dr. Norman Shumway, who in 1968 performed the first successful human heart transplant in the United States, performed Andrew’s surgery too. It was the longest time a donor’s heart had been out of a body and successfully transplanted, Shumway told UPI at the time. The 13-pound, five-month old infant went on to live a healthy life, becoming a varsity swimmer and senior class president in high school and attending Loyola University in Louisiana, according to the Air Force’s 2007 press release. By 2018 he had survived two battles with cancer, traveled the world and gotten married.

“I am grateful to all of the people involved and there is not a pulse that goes through my veins without appreciating the gift they gave me,” he said.

Special thanks to the unofficial Air Force subreddit, where this reporter first heard of the F-111 heart transplant mission.