The film focuses on the life of the first African-American naval aviator. 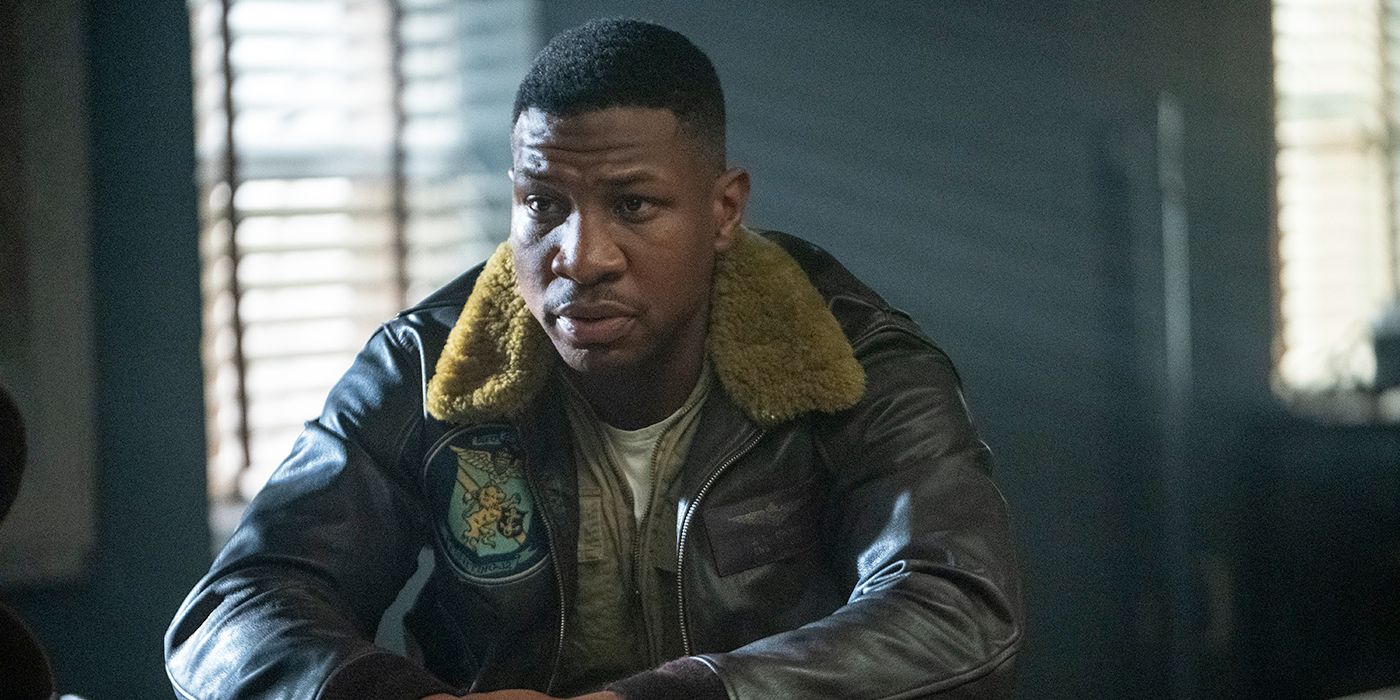 This year audiences will be able to go to the movies and see the story of a trailblazing, brave Navy aviator and his heroics in combat. It’s not Top Gun: Maverick, but a new movie about a real-life hero: Jesse L. Brown. Brown was the son of a sharecropper who overcame the obstacles of segregation to become the first African-American naval aviator. He died on Dec. 4, 1950, while his comrade and close friend Thomas Hudner tried to save him behind enemy lines. Brown and Hudner’s story is being told in the new movie Devotion and the first teaser trailer was just released ahead of Memorial Day.

It’s a rare Hollywood look at the Korean War–the teaser trailer even calls it “America’s forgotten war.” The trailer doesn’t say much on the plot, but gives audiences a glimpse of Brown (Lovecraft Country’s Jonathan Majors) struggling to overcome racism in the military and his struggle to become a pilot. It also focuses on his partnership-turned-friendship with Hudner (Top Gun: Maverick’s Glen Powell, again playing a Navy aviator), as the two go into combat over the Korean peninsula.

Brown and Hudner’s story is well known in military history but not as widespread in mainstream circles. Brown earned his pilot wings in 1948, serving aboard the USS Leyte alongside Hudner, going into combat during the Korean War. Spoiler warning: The pilots took off in their F4U Corsairs on Dec. 4, 1950 to do reconnaissance and support 15,000 Marines at the base of the Chosin Reservoir. The Marines were surrounded and outnumbered by almost 100,000 Chinese troops. Brown’s plane was hit and he was forced to crash land. He survived the crash but was injured and trapped inside his cockpit, behind enemy lines. Hudner then intentionally crashed his plane nearby and tried to free his friend and evacuate. He was unsuccessful.

For his actions, Brown was posthumously awarded the Distinguished Flying Cross while Hudner’s efforts to save his friend and wingman earned him the Medal of Honor.

“With courageous efficiency and utter disregard for his own personal safety, Ensign Brown, while in support of friendly troops in the Chosin Reservoir area, pressed home numerous attacks destroying an enemy troop concentration moving to attack our troops,” Brown’s citation for the Distinguished Service Cross read. “So aggressive were these attacks, in the face of enemy anti-aircraft fire, that they finally resulted in the destruction of Ensign Brown’s plane by anti-aircraft fire. His gallant devotion to duty was in keeping with the highest traditions of the United States Naval Service.”

“What Tom did that day had never been attempted before, and has never been repeated since,” Makos told Task & Purpose in 2017.

Hudner, who passed away in 2017, tried throughout the years to recover Brown’s remains from North Korea, but was unsuccessful. Both men were honored by the Navy by having ships named for them, the frigate the USS Jesse L. Brown (later decommissioned and sold to Egypt) and the destroyer USS Thomas Hudner, respectively.

Devotion will hit theaters with a limited release Oct. 14 and opens wide Oct. 28.