Watch a professional sommelier review Rip-It and other energy drinks

"This is really delicious and about as complex as a two or three-dollar energy drink can be." 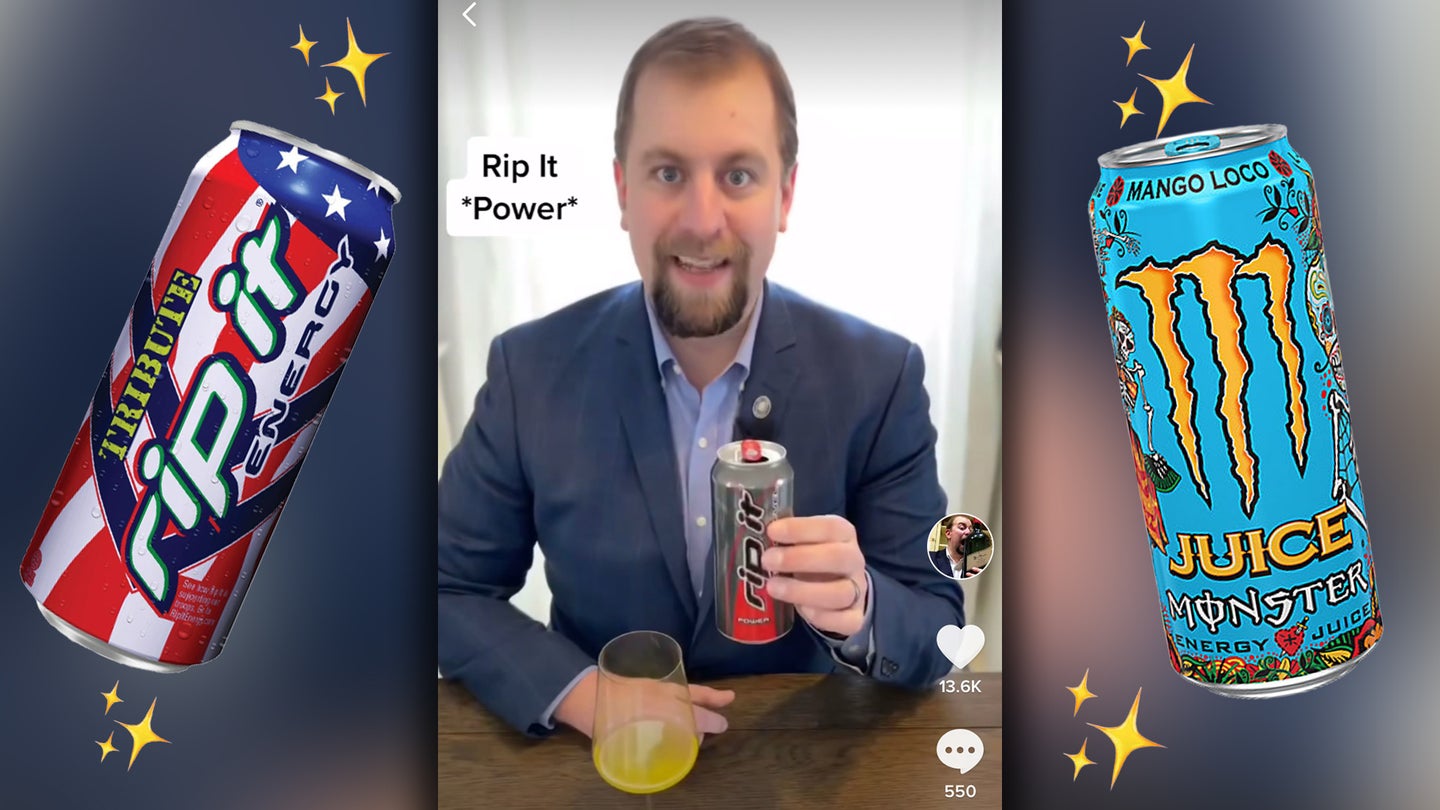 We here at Task & Purpose love a classy take on a low-brow subject, and nothing symbolizes that better than a professional sommelier rating the same energy drinks that a bone-tired E-3 maintainer buys for $1.99 a can at the 7-11 on their way to a swing shift.

Just for context, a sommelier is a bona fide expert in all things wine. Becoming professionally-certified can take years of classes and exams, some of which are notoriously difficult. For example, as of 2017, only 249 people have ever achieved the Master Sommelier Diploma since it was started by The Court of Master Sommeliers in 1969, because so few can pass the nearly-impossible final exam.

Our hero Tim has the Advanced Sommelier certificate, which is just below Master level. But all that fancy-shmancy wine schooling can’t stop Tim from enjoying a good energy drink … or three … or 46, which is the number of episodes he has posted on TikTok. In each episode, the buttoned-up Tim pours a sample of energy drink into a wine glass, takes a brief whiff to gauge its aroma, followed by a sip and a swish to get that mouth feel, then scores the drink on a 50 point scale, with 50 being the lowest and 100 being the highest.

Scores aside, just hearing Tim describe the different flavors of an energy drink is like witnessing poetry in motion.

“On the nose, this smells great, smells like ripe yellow mangoes, a little bit of underripe green pineapple, a little bit of honeydew melon, green pears, orange peel, maybe a bit of bay leaves as well, some caraway seeds, this smells awesome,” Tim says while taking a whiff of the orange-hued Monster Mango Loco, which he received hundreds of requests to review.

Now let’s see how it tastes:

“On the palette, this is full-bodied with medium-plus acidity. It is super-ripe, super-rich and super-round and textured. This is really delicious and about as complex as a two or three-dollar energy drink can be,” Tim says with the air and confidence of a true professional. “I’m going to give this an all-time BSE [Big Somme Energy] high: 96 points.”

Not all energy drinks receive such a high score. The Red Bull Blueberry, for example, received a poor 79 points for its “super-medicinal” smell, and its funky palette, which was “all over the place,” Tim said.

“This is a drink that I paid one dollar for at Family Dollar, and perhaps due to its inexpensive nature it tends to be incredibly popular among the armed forces, at least here in the United States,” he says in episode 35, before ripping into a Rip-It Power.

Tim passed on scoring Rip-It to avoid offending our brave service members, but that’s ok, we love him anyway.

“This guy Air Forces,” wrote one commenter on the Air Force subreddit, where this reporter first encountered Tim.

Enough of my summary though, enjoy this list of Tim’s videos below, which include some of the most popular energy drinks on the market today: