"We didn't want to bear arms and kill people, but we wanted to serve our country." 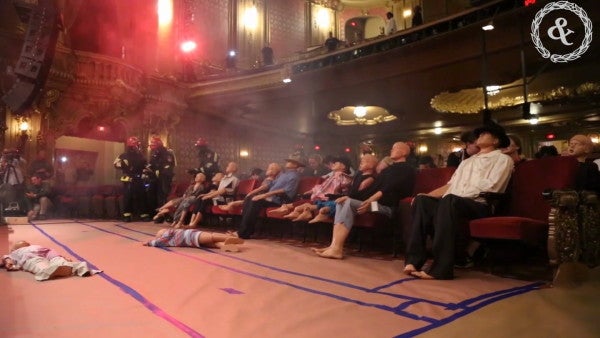 As a 1-AO conscientious objector, Collegedale, Illinois resident William Twombly served his country alongside caged guinea pigs in the Utah desert, where he and a dozen fellow non-combatant soldiers — with their own complement of guinea pigs — were exposed to Q fever as part of the U.S. Army's Operation Whitecoat.

Drafted in December 1954 and discharged in December of 1956, the then-21-year-old Twombly was among more than 2,300 conscientious objectors who participated in Operation Whitecoat between 1954 and 1973, many of them Seventh-day Adventists like Twombly.

His objections stemmed from his religious beliefs, but duty to his country mattered, too.

“We didn't want to bear arms and kill people, but we wanted to serve our country,” Twombly said recently at his home between Ooltewah and Collegedale. “That comes from the Bible — 'Thou shalt not kill' — and that's the basic root of it.”

Operation Whitecoat allowed non-combatants to help with war efforts and other medically related activities associated with the military.

“That opened up a great avenue for conscientious objectors to serve their country,” Twombly said.

It was designed to determine how susceptible humans are to infection from biological warfare agents and to develop vaccines and treatments, according to a 2005 article in the military newspaper the Fort Detrick Standard. Fort Detrick is a U.S. Army Medical Command installation in Maryland where the U.S. biological weapons program was based from 1943 to 1969.

The article states that in some studies, Whitecoat volunteers were exposed to potentially serious but treatable diseases, like Q fever and tularemia, in order to understand how these illnesses affected the body. The first man to be exposed to Q fever and founder of The Whitecoat Foundation, Ken Jones, told the Times Free Press while describing the program that benefits to humanity outweighed worrisome uses the military might have had for what was learned. Jones said he and Twombly have talked many times over the years.

A Consent Statement for one of the Operation Whitecoat experiments at Fort Detrick, dated June 29, 1955(Wikimedia Commons/U.S. Army)

According to National Institute of Health data, Q fever is often spread to humans via inhalational exposure to the bacteria from contaminated agricultural sources. Dubbed “Query Fever” after an unknown disease cropped up in Queensland, Australia, in 1933, the illness caused symptoms of fever, headache and general malaise for some people exposed while others had no symptoms. The name was shortened to a simple “Q” over time.

Twombly had never heard of Operation Whitecoat and when drafted had the idea of becoming a medic, one of the few non-combatant roles an enlistee can play. But during basic training at Fort Sam Houston in Texas he switched gears.

“During that time, I was asked to volunteer for the special medical research program at that time at Walter Reed Hospital in [Washington] D.C.,” he said.

“We were shipped up there, and then around June or July, we were sent out for a week to Dugway, Utah. And it was out there in the desert and at nighttime in the open air they experimented by exposing us to Q fever,” he said. “There was about a dozen of us or so that were out there.”

Twombly, now a human guinea pig himself, sat beside his caged real ones as the Q fever germs were released into the air. Many of Twombly's fellow soldiers got sick, but despite blood tests that said he should be suffering ill effects, he didn't.

Twombly still has the invitation and a faded color photo of him shaking hands with President Dwight D. Eisenhower and First Lady Mamie on May 24, 1956, at a Veterans Garden Party at the White House on a Monday afternoon along with the other Conscientious Objectors who served. Twombly also frequently attends reunions.