In just over four months from now, the rhythmic thud of boots pounding pavement will thunder gloriously from our nation’s... 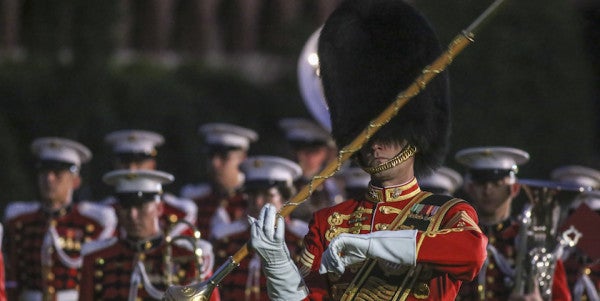 In just over four months from now, the rhythmic thud of boots pounding pavement will thunder gloriously from our nation’s capital as the mightiest military the world has ever known marches in celebration of its own existence. Meanwhile, across the pond, the proud people of France will bow their heads in shameful acknowledgement that President Donald Trump did indeed “top” the Bastille Day Parade — as he vowed to do — and America is number one.

The last time Washington D.C. hosted a grand military procession was just after the U.S. victory in operation Desert Storm, so we’re long overdue for an encore. The good news is that the parade is almost here. The bad news: we want it right now!

Unfortunately, there’s no cure for Military Parade fever. But we can mitigate the symptoms by obsessively consuming as much information about the event as possible until it finally occurs. Here’s the latest, according to NBC News:

That should be enough to tide you over for now. Be sure to check in with Task & Purpose regularly for Military Parade news and analysis as the countdown continues.