The Hardest Part Of Transitioning Out Of The Military: Finding Meaning Along The Way

It’s that time again. I’m in an appointed position, working for an elected official, and the job is going away... 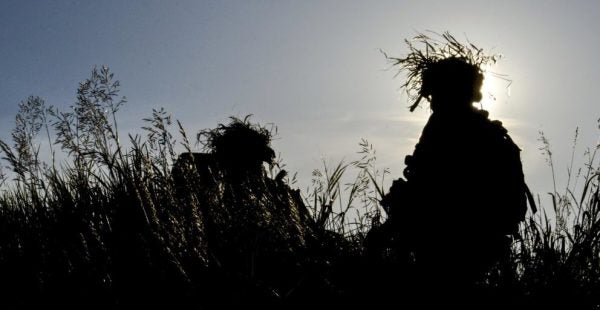 It’s that time again. I’m in an appointed position, working for an elected official, and the job is going away and I have to start thinking about what ‘next’ is going to look like. Although salary and benefits are marginally important in my next position, my biggest concern is how I will find something that approximates the feeling of accomplishment and purpose that my service in the military left me with.

I can’t just go sit in some office building and move numbers around on a spreadsheet — I don’t care how much they want to pay me.

Like many veterans, I struggled when I first left the Army. I was angry and self-destructive for no discernable reason. I drank too much and probably burned a bridge or two in the process.

I didn’t understand it at the time, but looking back now it makes perfect sense: I did the most meaningful thing I will ever do in my life when I was a 32-year-old non-commissioned officer in Iraq, and I will spend the rest of my life trying to find something that comes close to that feeling of significance.

I can conceptualize this dilemma now, but when I discharged, I just felt loss and couldn’t understand why. Every combat veteran has scars of some sort. I guess I’m lucky in that this is my most significant one.

I’m also lucky in that I’ve been able to understand and harness that yearning for significance. Shortly after I left the Army, I found myself bearded and slightly overweight, training soldiers on how to find bad guys and keep their comrades safe during their impending deployments to Iraq or Afghanistan.

I went to college and while there, worked in the veterans education space, grabbing incoming student veterans by the ear and ensuring that they know about the resources that are available to help them achieve success in the foreign battlefield that is a modern university campus. I’ve worked on military and veterans’ issues for an elected official, cutting through the bureaucracy that hinders my fellow veterans in their greatest time of need.

All of my positions have given me a taste of that purpose that I felt when I was deployed in a hostile country, but none of them achieve the level of visceral self-worth and satisfaction that I enjoyed when I was in Mosul or Tal Afar or Tarmiyah.

There is something intoxicating in serving an ideal greater than one’s self. It’s even more intoxicating when you get to serve that ideal next to men and women that also subscribe to that same nebulous concept.

As I sit in the near sidelines of the current state of affairs of our own politics and watch each side rend the other, I can’t help but feel the same call to duty that found me in the military, to begin with.

I’m starting to hope that my ‘next’ might be in service to the country once again and that the purpose that will drive me will be to rebuild what has been destroyed in our own politics.

I hope that when I get there, I can find those with whom I’ve served before. And, I hope that together we can find that same satisfaction that I found in Mosul or Tal Afar or Tarmiyah.

Jeremy Thompson works on military and veteran issues for an elected official, for the moment. He served two tours in Iraq with the Army in 2006 and 2009.