The Trick To Happiness After The Military: Find Another Weird, Underappreciated Job

This is the fourth entry in our contest about finding meaningful work after the military. Will Black writes: “When I... 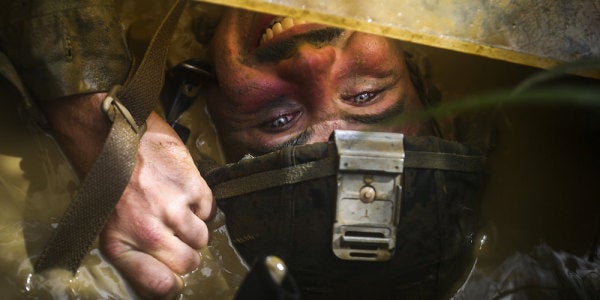 This is the fourth entry in our contest about finding meaningful work after the military.

Will Black writes: “When I was still in the Army, it was clear that nobody outside of our tribe could understand the grunt world in terms of our work and culture. Not civilians, not other MOS's. So part of the value and ‘meaning’ I felt in uniform was based on the exclusivity of the strange world I was in. And despite ISIS running all rip-shit-riot through all of the progress me and my guys made in Iraq, I can sit back and realize we made progress. Even if they only enjoyed that progress for a few more years before zealots killed them, we at least gave them those few extra years.

For me, military service was built on a foundation of small victories, a pride that didn't make sense to outsiders, and not holding my sense of self-fulfillment/accomplishment to some metric decided by others. I took pride in the work me and my guys did, the goals we reached, and the fact that we were this strange, exclusive tribe within an already strange and exclusive tribe.

After the military, finding 'meaningful’ work only required I found something similar.

I'm an illustrator. It's a weird job nobody truly understands. It pays shit, but I don't base accomplishment on the paycheck, and I can take pride in all the work I accomplish along the way.