These Are The Army Units Deploying Overseas In 2019

My, how time flies. It seems like only yesterday that the first coalition bombs were falling on Kabul. 17 years... 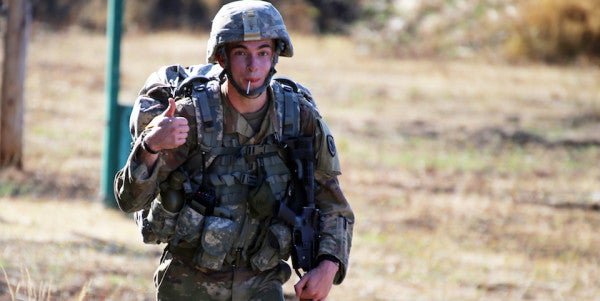 My, how time flies. It seems like only yesterday that the first coalition bombs were falling on Kabul. 17 years and trillions* of bombs later, here we still are on this crazy journey we call the War on Terror.

Up next is 2019, starring many familiar faces — expect to see the Taliban and ISIS back in action come fighting season — and some new, like Gen. Austin Miller as the commander of Operation Resolute Support. The U.S. Army’s 2nd Security Force Assistance Brigade out of Fort Bragg, North Carolina is also set to make its big battlefield debut in the spring with a deployment to Afghanistan.

Five more Army brigades and a division headquarters are preparing to head overseas, as well.

Here are the specifics, according to an Army press release.

*Well, maybe not trillions. But a lot!